Amongst the English, homosexuality is associated with fairies. Much literature has been written on the subject, so it seems insulting to the fantasy genre. Edmund Spenser’s poem, ‘The Faerie Queene’ (1590-96), written for Queen Elizabeth I, for example, and Lord Dunsany’s novel, The King of Elfland’s Daughter (1924), provided some of the backgrounding for J. R. R. Tolkien’s three part novel, The Lord of the Rings (1954), which was made into movies in the capital city of the United States of America’s world media entertainment, Los Angeles’ Hollywood district, west coast state of California, The Fellowship of the Ring (2001), The Two Towers (2002), and The Return of the King (2003), and resulted in $ US billions being taken by cinema box offices at the turn of the 21st century. 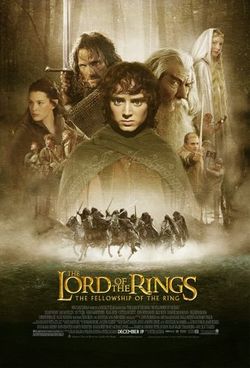 A sign of the corollary between fairies and homosexuals is that Hollywood, known as ‘Babylon’, is written in the script of Viraland. As Jesus’ disciple John wrote, in his apocalyptic vision of the future, Revelation, ‘Mystery, Babylon the great, mother of harlots and of the abominations of the Earth.’ (Rev: 17. 5) Babylon, founded c. 4000 B.C., was the capital city of the Persian Empire, while the ancient Greeks’ institutionalization of pederasty, and enslavement of the host wombs of women to defend in war (499-449 B.C.) against emperor Darius, was viral.

When the HIV virus was discovered by DR Congo in 1983, as a mutation of the simian immune deficiency virus (SIV), transmitted through the anus from the infected penis’ semen of homosexual men, resulting in acquired immune deficiency syndrome (AIDS), that is, collapse of the organs of the body, followed by brain death, the ‘incurable killer disease’ represented a failure on the part of humans to repulse an attack from furry land, which was where the fairies, that is, the virus, had evolved as a ‘biological weapon’ deployed against humans.

Jesus ‘Christ’, ‘the chosen’, born from his mother, the Virgin Mary, was the representative of women’s seed, who’re called futanarian or futa, so she’s depicted in Christian iconography as crushing the head of the serpent with her foot, because God told Eve her ‘seed’ would prevail, ‘You shall crush the head of the serpent with your foot, but he will bruise your heel.’ (Gen: 3. 15) The angel, Satan, had been turned into a serpent by God for rejecting God’s plan that the human host be greater than the angelic. Satan gave the woman Eve ‘the fruit of the tree of the knowledge of good and evil’, which it was death to taste, saying ‘You shall be as gods.’ (Gen: 3. 5) God expelled Eve and Adam, the first man created by God, from the paradise of Eden for rejecting ‘the fruit of the tree of life’, which was immortality, in preference for the virus of the slaver, that is, the fairies of furry land, who’d bring war, plague and death. Eve’s son Cain killed his more able brother, because he was jealous over the fact that Abel could cook, a first sign of the desire to degenerate and enslave, rather than develop.

Taken to the hill of Calvary outside the city of Jerusalem in Jewish Palestine, then occupied by the Roman Empire of Tiberius Caesar Augustus (14-37 C.E.), the ‘perfect man’ Jesus was nailed to a cross of wood as a ‘dissident’ for teaching, ‘Love your neighbor as you love yourself.’ (Mk: 12. 31) After his death, Jesus, ‘the second Adam’, experienced Resurrection and Ascension to heaven in prefiguration of that of women’s seed. When a woman was accused of adultery, Jesus had said, ‘Let he who is without sin cast the first stone.’ (John: 8. 7) As women are futa, they’re a species separate from men, who’re their parasites, that is, women can’t be guilty of adultery, which Jesus’ disciple Judas understood when he betrayed Jesus for ‘thirty pieces of silver’ to the Jewish religious police, the Pharisees, after discovering Jesus with a woman anointing him with expensive perfume, spikenard.

Judas’ spy canard was that the perfume should be sold to help the disciples, but Jesus rebuked him, ‘Leave her alone.’ (Mk: 14. 6) Being with a woman is a crime to homosexuals, who’re fairies, that is, the virus, which lives in Viraland without humans, who’re produced by women from women’s seed, which is why Jesus said to his disciple, Peter, ‘Before the cock crows, you will deny me ...’ (Matt: 26. 34) Jesus was denied the love of a woman by the virus of fairyland, although he was women’s seed, and cried in his extremity upon the cross, ‘My God! My God! Why have you forsaken me?’ (Matt: 27. 46) When the women’s cocks crow, it’s too late to save homosexuals from denying women’s seed their love. 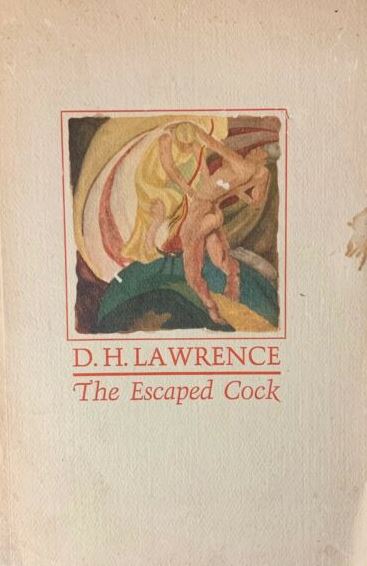 D. H. Lawrence’s original title for his novel, The Man Who Died (1931), was The Escaped Cock (1929) about a Jesus figure who’s restored to life through sexual contact with a woman, as women aren’t the homosexual virus, that is, fairies, whose birth font, Viraland script, is written without human characters; for example, the eponymous heroine in Charlotte Brontë’s novel, Jane Eyre (1847), is a lesbian,1 because it’s Viraland, and the homosexual virus dictates that the woman can’t take out her cock, and fuck her girlfriend at school, Helen Burns, because that wouldn’t be fairies.

Homosexuals are fairies, because all of civilization, culture and art denies the existence of humans, that is, births from women’s seed. Hollywood is labeled ‘Babylon’, because there aren’t any men and women; only a single male brained creature bred to be a transvestite (TV) wearing each other’s clothes for news reports of TV wars ‘live’, and more variegated fictions with ‘actors’. Even women, when asked, will identify themselves as an actor, rather than an actress, because its Viraland script. When all of the women are sufficiently male brained, the homosexuals will put them in the front line and have them fight each other in wars, because they’ll be their men, who’re sacrificial like Jesus was, which is what the Christians’ Jesus was for.

As war is a concomitant of the homosexual virus, so Satan is described also as ‘the ape of God’, because HIV/AIDS is a mutation of SIV, which is why a major money earner for Hollywood was the movie franchise derived from French novelist Pierre Boulle’s La Planète des singes (1963) that is, Planet of the Apes, where apes wage war against humans. Unless women’s seed learns how to defend against ‘the ape virus’, it’ll mean human extinction, that is, war between men and women’s seed is either inevitable, or over. 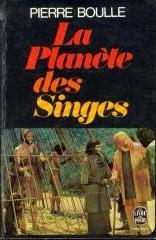 Christians espouse the belief that all are redeemed, as Jesus died for their sins, whereas Jesus’ Resurrection and Ascension to heaven illustrates how women’s seed is Redemption, because it isn’t homosexuality, which was Jesus’ executioner. The absence of women’s seed from literature is a sign of Viraland, that is, the fairies, who’re the homosexual virus, have killed human civilization, culture and art, while Jesus is their savior, because all of the fighting for their entertainment is done by the women of furry land TV, who’re rapes of Satan.