Kate Bush was the English singer and performer identified as `phenomenal` by the British pop music industry after the release of her first album, The Kick Inside (1978), which saw the success of the track, `Wuthering Heights`, released as a single based on Yorkshire writer Emily Bronte`s nineteenth century novel, Wuthering Heights (1847), about the ghost of a woman, Cathy, who appears at a window, so causing the occupant of the room to discover to the reader the tragedy of her thwarted love for the former owner of the house, Heathcliff: `Heathcliff, it's me, Cathy come home, I'm so cold! Let me in-a-your window.`1 Kate`s second album, Lionheart (1978), produced the hit single `Wow`, about the United States of America`s `Big Ear` radio telescope located at Ohio State University, which picked up a burst of energy from the stars on 15 August, 1977, that astronomer Jerry R. Ehman thought too structured to be anything other than an extraterrestrial life form`s signal to Earth: `Wow! Wow! Wow! Wow! Wow! Wow! Unbelievable!`2 The album also saw the less celebrated single release, `Hammer Horror`, although for women it was a definitive statement, because of the sexual metaphor, `tonsil hammer` is a euphemism for fellatio, whereas for audiences of Hammer House of Horror studios` film productions, it`s a reference to the hammer used by the vampire hunter to drive a stake into the heart of the creature that lives immortally by drinking the blood of its victims; in order to kill it. In the promotional video for the `Hammer Horror` song, Kate Bush dances with a figure, wearing the sort of black hood usually associated with torturers, terrorists, hangmen, headsmen, and other executioners, for example, those in charge of the guillotine during the French Revolution (1789-99) when the aristocracy was being beheaded, because they`re not to be recognized by the crowd during the terrorism and/or the execution. Lest by some chance the torture victim is released, the torturer doesn`t want to be seen. Because the horror is hammer, it`s `tonsil hammer` perpetrated by the figure holding Kate that is frightening for the woman, because women have penis` semen of their own as futanarian `woman`s seed`, which most young women are never taught, so that men can continue with their horror story of a species in thrall to its torturer and executioner. If women can`t give each other fellatio, there`s no recourse to men`s handling of them as an aspect of their slave-ringing: `I'm the replacement for your part. But all I want to do is forget you, friend.`3 Kate`s `friend` doesn`t have her genitals, but futanarian women with penis` semen of their own do, as `woman`s seed`, with their own penis. Kate wants to forget the separation, because it was torture, and it`s torture to remember that now men have her member, which is her memory of the divorce from her species, which men beheaded by giving it their brains through rape; the tragedy of the race of `woman`s seed`: because she doesn`t want the man`s part in her future.

Jesus `Christ`, `the chosen`, born of his mother, the Virgin Mary, uncontaminated by male semen, was executed among the `chosen people` of Jewish Palestine, when occupied by the Roman Empire, for his `dissident` teaching: `Love your neighbor as you love yourself.` (Mk: 12. 31) Taken to the hill of Calvary outside the city of Jerusalem, Jesus was nailed to a cross of wood where he died, but experienced Resurrection and Ascension to heaven in prefiguration of the colonization of the planets among the stars by `woman`s seed` impelled by their own brains` powers reproduced through their own mode of sexual reproduction, while the slavers attempted to prevent her from escaping their rings. Although religion doesn`t seem important to pop music, Jesus was killed by his disciple, Judas, because he spied a woman anointing the Jewish Messiah with `spikenard` perfume. Judas` spy canard was that Jesus should sell the `perfume` to raise money, that is, the perfume of the woman was a euphemism for Judas` slave ambitions. Selling Jesus to the Jewish religious police, the Pharisees, Jesus was handed over to the representatives of the Empire of Rome for `thirty pieces of silver` and executed, because he told Judas: `Leave her alone.` (Mk: 14. 6) Jesus was a member of the human species of `woman`s seed`, whereas Judas was among the slaving camp. In the 20th century, the eagles of Rome beneath the fasces` `bundle` with an ax in the center was the symbol of the German National Socialist (Nazi) Party which, elected in 1933, waged war (1939-45) in Europe, and the rest of the world through its allies, Italy, Japan, and Iraq, and killed upwards of 20, 000, 000 Jews in camps, because the Jews were the `chosen people` of the Bible, as written in their history and law, which is the Torah and Talmud in Hebrew, and the Old Testament of the Christian Bible that the Christians believe is superseded by the New Testament teaching of Jesus Christ, `the chosen`. Unfortunately, for Christianity, the Nazis attempt to exterminate the history of the futanarian `chosen people` of `woman`s seed` belies that assertion. In Judaism, founded by Abraham`s son, Isaac, a Jew can only be born from a Jewish woman, because women are Jews, while in Moslem Islam, founded by Mohamed, descendant of Abraham`s second son, Ishmael, the Koran (610-30 C.E.), given by the angels, according to tradition, permits four wives as a basis for sexual reproduction between women within the family. Christianity perceives Islam as illegitimate because Abraham`s son Isaac was married to Sara, who gave Abraham her maid, Hajer, when she discovered she was barren after the birth of Isaac, and Hajer was an unmarried woman. However, the four wives of Islam aren`t a retroactive attempt to legitimize Ishmael`s birth, but an attempt to resurrect `woman`s seed` away from the eyes of her exterminators:

`Give me a break!

Give me something to show

For my miserable life!

Give me something to take!

Would you break even my wings; 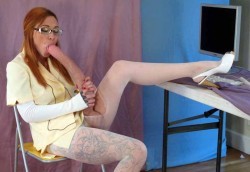 In The Dreaming (1982), her fourth studio album, Kate`s feminist track was `Night Of The Swallow`, an obvious reference to fellatio designed to be a definitive statement on women`s role within a misogynist society based on men hatred for women who sought liberation rather than ring slavery in what the ancient Greeks institutionalized as homosexuality in pederasty for war against `woman`s seed`, and which was subsequently adopted by the western nations as `model democracy`. Traces of the problem for `woman`s seed` can be found throughout the history of the Earth. Babylon (c. 4000 B.C.) was the capital city of another Empire in the east, the Persian, situated at modern Iraq`s Hillah, where the ruins were overlooked by dictator Saddam Hussein`s summer palace there, during the US invasion to depose Nazism`s last supporter in the Middle East in March, 2003. Described as `a woman` in the Old Testament, `Babylon` is: `Mystery, Babylon the great, mother of harlots and of the abominations of the Earth.` (Rev: 17. 5) Because there, women were bred in homosexuality and pederasty for war against the human race by its enemy. When the district of Hollywood, city of Los Angeles, on the west coast of the United States of America`s state of California, provided the location for the first film by director, D.W. Griffith, Old California (1910), and rapidly became the center of the global film and mass media entertainment industry`s Empire, it wasn`t long before the fascistoid establishment of the `Hays code` (1933), which was a veiled excuse for having exterminated `woman`s seed` to prevent women from remembering: `... women, in love scenes, at all times have `at least one foot on the floor` (in other words, no love scenes in bed).`5 In Christian iconography, Jesus` mother, the Virgin Mary, is depicted crushing the head of the serpent with her foot, because that`s why she raises her futanarian species of `woman`s seed`, so that she can sexually reproduce brainpower to escape slavery. In simple terms, she shouldn`t get into bed with a man, according to the film industry, although what it actually seeks to prevent is sex between women, whose penis has already been removed from the scene, and the slaving misogynist wants the remnant of `woman`s seed` to remember their slave status: `The dragon was wroth with the woman and went to make war on the remnant of her seed.` (Rev: 12. 17) Jesus` disciple John`s vision of an apocalyptic future in his Revelation in the New Testament describes how the `serpent`s seed` has grown into a dragon of war against the human species of `woman`s seed`. In parasitology, the parasite that emerges from the host to kill it is termed `parasitoid`, which is a fitting description of what men are: `The dragon stood before the woman who was about to give birth to the child; to devour it the moment it was born.` (Rev: 12. 4) The child is the human race killed at birth: `Ooh he's here again. The man with the child in his eyes.`6