Homepage > The Quest For Spunk

The Quest For Spunk

The Quest For Spunk

The basic issue on planet Earth for the foreseeable future is racism. Although television series, like Star Trek (1966-9), which aired its `pilot` episode, `The Cage`, at NBC as long ago as February 1965, championed the cause of other races, xenophobia has remained endemic. Aboard the starship Enterprise, on its `five year mission`, was actor Leonard Nimoy in the role of the alien from the planet Vulcan, Mr Spock, whose mother was Amanda Grayson, a human, and whose father, Sarek, was an astrophysicist, and ambassador to the United Federation of Planets of the planet, Vulcan, where the tradition amongst Vulcans is to be logical and unemotional, which formed a large part of the TV audience at home`s interest in the character of Spock, who was actor William Shatner`s second in command aboard the Enterprise in his role as Captain James T. (Tiberius) Kirk, whose name had meaning, because `kirk` means `church` in the Scot`s dialect. Moreover, Tiberius was the name of Rome`s Emperor, while Palestine, homeland of the Jewish `chosen people`, as they`re described in the Old Testament of the Bible, which is their history and law, that is, the Torah and Talmud, was under Roman occupation. At that time Jesus `Christ`, `the chosen`, whose teaching was the basis of Christianity`s New Testament of the Bible, was proselytizing, : `Love your neighbor as you love yourself.` (Mk: 12. 31) Consequently, Kirk`s role was ecumenical. Actor James Doohan, in the role of engineer Montgomery `Scotty` Scott, was Scottish, and the Christian theme of human intelligence working together for the kirk (church) was evident. Despite actor DeForest Kelley`s medical officer, Dr Leonard `Bones` McCoy, describing Spock as a `pointy-eared hobgoblin`1, in `Bread and Circuses` (1968), because of his resemblance to popular depictions of Satan, viewer`s perceptions were that Spock was human. Even though his most basic character attribute was his denial of his human heritage, that is, emotions, in favor of Vulcan logic, Spock`s role was undeniably anti-racist. 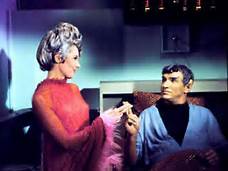 When Star Trek: The Next Generation (1987-94) reprised what afterwards was known as Star Trek: The Original Series or Star Trek: TOS, the crew of the new starship Enterprise, following on from the policy adopted in the series of `spin-off movies` that began with Star Trek: The Motion Picture (1977), included extraterrestrials, whose demonstrable characteristics of human intelligence weren`t dilutable by the fact that they were human actors and actresses. Michael Dorn, black actor in the role of Lieutenant Commander Worf, in charge of Security aboard the Enterprise, was a Klingon, and the psychotherapist was an actress of Greek descent, Marina Sirtis, in the role of telepathic Betazoid, Deanna Troi. The premise of the show`s voyages, `where no one has gone before`, had altered from the original mission, `where no man has gone before`, ostensibly to accept feminism, whereas in fact the principle was anti-racist. Born of a woman uncontaminated by male semen, Jesus was `the son of man`, because his mother was the Virgin Mary, that is, Jesus represented `woman`s seed`, which was that aspect of human intelligence suppressed by the Roman Emperor, Tiberius, when Jesus was executed as a `dissident`. In Christian iconography, Jesus` mother, the Virgin Mary, is depicted crushing the head of the serpent with her foot, because futanarian women can sexually reproduce from their own penis` semen their own human race with women separate from men who, in seeking to prevent `woman`s seed` from producing brainpower, effectively represent an alien denial of human intelligence, which Star Trek in its multifarious guises over the years has attempted to confront. 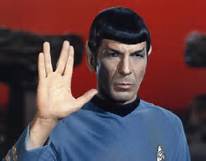 According to Judeo-Christian tradition, Eve, the first woman created by God, and Adam the first man created by God, dwelt in the paradise of heaven on Earth that was Eden, and the angel, Stan, who rejected God`s plan for the human host to be greater than the angelic, was turned into a serpent by God and placed there. Because the planets among the stars constitute heaven above, which is the abode of God`s angels, Satan`s fallen state corresponds to that of an alien extraterrestrial intelligence perforce made to dwell upon the Earth. Satan is depicted tempting Eve to `eat of the fruit of the tree of the knowledge of good and evil`, which it was death to taste. Consequently, Eve and Adam were guilty of accepting ephemerality in ignorance for their descendants. Described as being created from the side or rib of Adam, Eve`s emergence onto the scene in Eden is a euphemistic description of a self-fertilizing futanarian woman`s survival skills in a strange environment, that is, Adam was a futanarian woman, who gave birth to Eve, and Satan was a saurian alien `fallen` from heaven among the advanced intelligences that had evolved upon Earth during the Mesozoic period of pre-history, 248 m.a., when saurian evolution was preeminent. Prototype hominid humanity began to appear in the Jurassic period of Earth`s history, 220 m.a., and their host womb enslavement by the `serpent`s seed` is what the story of Eve and Adam was designed to communicate to future generations. 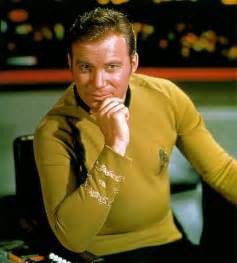 The heavenly angels are extraterrestrial intelligences descended from saurians, according to the Bible, in which God tells Eve that, although she and Adam are to be expelled from the paradise of heaven on Earth that is Eden, because of their rejecting God`s `fruit of the tree of life`, that is, immortality, `You shall crush the head of the serpent with your foot but he will bruise your heel.` (Gen: 3. 15) Eve`s futanarian `seed` will produce the brainpower her human species needs to develop the rejuvenation technologies through medical science that will preserve her life and memory so that her race can always operate and build the starships, like the Enterprise, to take her `seed` to colonize the planets among the stars of heaven where other intelligences that are definably human wait to congratulate her on her escape from host womb slavery to men of the `serpent`s seed` who don`t want anyone to see her penis. 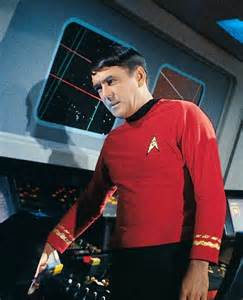 Jesus` disciple, Judas, caught Jesus with a woman anointing his `foot` with the expensive perfume, spikenard, and his `spy canard` was the suggestion that the perfume be sold to raise money, but Jesus rebuked him: `Leave her alone.` (Mk: 14. 6) Judas sold Jesus to the Jewish religious police, the Pharisees, for `thirty pieces of silver` in revenge for his protecting the human race of `woman`s seed`, which if it reproduced brainpower would constitute a threat to the slavery of Rome in Palestine. Taken to the hill of Calvary Jesus was nailed to a cross of wood and left their to die, but he experienced Resurrection and Ascension to heaven in prefiguration of that of `woman`s seed`. Consequently, although James T. Kirk of the starship Enterprise seemingly embodies the concept of Empire and church, he`s symbolically a slaver. In 1930 the President of the Motion Picture Producers and Distributors of America (MPPDA), Will Hays, established the `Hays code`, which effectively sounded the death knell of the human race, because it forbade women`s mode of sexual reproduction to be seen in mainstream mass media: `... women, in love scenes, at all times have `at least one foot on the floor` (in other words, no love scenes in bed).`2 Unable to get its futanarian foot off the bedroom floor of the Earth, the human species was doomed to be a slave to the alien`s entertainment industry slavishly emulating that of the United States of America, and so labeled `Babylon` after a description of the capital city of the Persian Empire, Babylon` (c.400 B.C), described as `a woman` in the Bible, because of men`s host womb slaving of `woman`s seed` for homosexuality in pederasty for war, which was institutionalized in ancient Greece so that the Greeks could wage successful war against the Persian Empire of Xerxes in 480 B.C., a scenario that afterwards became the staple mass entertainment fare provided by the capital city of the media Empire of the U.S.A., Los Angeles, on the west coast of the state of California, in its district of Hollywood, `Babylon`: `Mystery, Babylon, mother of harlots and of the abominations of the Earth.` (Rev: 17. 5) In 1933 the National Socialist (Nazi) Party was democratically elected by a Christian Germany and began to pogrom 20, 000, 000 Jews, whose tradition it was that Jews were born from women, that is, women were Jews, because humans were futanarian `woman`s seed`, that is, the `Hays code` of Hollywood, `Babylon`, had sentenced the human race to death through ignorance of its own mode of sexual reproduction of the brainpower it needed to prevent itself from being devoured by a parasite upon its own host womb. 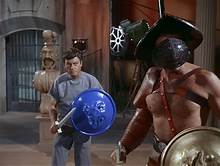 In parasitology, a parasite that emerges to kill the host is termed `parasitoid`, which is what men are: `The dragon stood before the woman who was about to give birth; to devour her child the moment it was born.` (Rev: 12. 4) In Jesus` disciple John`s apocalyptic vision of the future, Revelation, Satan is described as a `red dragon`, because saurians that ascended to colonize the planets among the stars, and don`t want humans there, bomb humanity to prevent `woman`s seed` from escaping: `The dragon was wroth with the woman and went to make war on the remnant of her seed.` (Rev: 12. 17) John discerns the `Greek` democracy that brought the Nazis to power in 1933 too: `The number of a man is the number of a beast and his number is six hundred three score an six.` (Rev: 13. 8) Without `woman`s seed`, only 66.6% of humanity remain. The alternative to democracy is autocracy, which the Moslem peoples of the religion of Islam generally adopted as an adjunct to religious obedience. Judaism was founded by Abraham and his wife Sara`s son, Isaac. Barren thereafter, Sara gave her maid, Hajer, to Abraham, and she bore Ishmael, whose descendant, Mohamed, received the Koran (610-30 C.E.) from the `angels of God`, according to tradition, which permitted Moslems four wives. Although Christianity views that as a retroactive attempt to legitimize Ishmael`s birth, and so that of Islam, four wives afford the possibility of human futanarian sexual reproduction between women within the human family, which accords with God`s plan. Consequently, the alien `death camp` scenario of the starship, Enterprise, voyaging through the universe celebrating the absence of the women`s penis, is conceived as deliberate; despite Star Fleet`s `Prime Directive`:

`As the right of each sentient species to live in accordance with its normal cultural evolution is considered sacred, no Star Fleet personnel may interfere with the normal and healthy development of alien life and culture. Such interference includes introducing superior knowledge, strength, or technology to a world whose society is incapable of handling such advantages wisely. Star Fleet personnel may not violate this Prime Directive, even to save their lives and/or their ship, unless they are acting to right an earlier violation or an accidental contamination of said culture. This directive takes precedence over any and all other considerations, and carries with it the highest moral obligation.`3 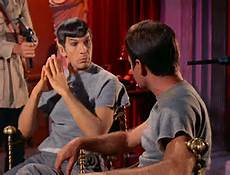 In banning human futanarian `woman`s seed` from mainstream culture, Hollywood, `Babylon`, effectively condemned the human race to death, while perpetrating war as mass media entertainment, which in reality was for the alien host womb slaver`s parasitoid enjoyment of human extinction. A species alienated from itself is the sign of alien `interference`, which it is the `Prime Directive` of Star Fleet to resist. It should at least be embarrassing for the `remnant` of the human race to own itself an alien eating its own foot in order to prevent itself from being able to get itself up, which perhaps explains why the dragon`s `red`.

3 Genta, Giancarlo, `The Search for Extraterrestrial Intelligence` in Lonely Minds in the Universe, Springer, 2007, Ch. 4, p. 208.