The chained foot is a symbol of the enslaved. In the nineteenth century the enslavement of black Africans, often by black African tribespeople in Africa themselves, was symbolized by the enchained foot. The United States of America outlawed slavery in that nation after the American Civil war (1861-65) to manumit slaves in the Southern United States where they were largely used to work on plantations which grew cotton that was used to make linen for bedsheets, shirts, sails for ships, and tents for the army of President Abraham Lincoln’s Northern Union to bivouac. The Old Testament of the Christian Bible, which is the history and law of the Jews, that is, their Talmud and Torah, has something to say about the foot. The woman, Eve, and the first man created by God, were expelled from the paradise of Eden by the creator, God, after Eve accepted ’the fruit of the tree of the knowledge of good and evil’ from the serpent, Satan, who’d been the archangel turned into a serpent by God for rejecting God’s plan that the human host be greater than the angelic. Satan told Eve, ’You shall be as gods.’ (Gen: 3. 5) However, although God had told Eve and Adam to eat only of ’the fruit of the tree of life’, which was immortality, God promised Eve her ’seed’ would prevail, ’You shall crush the head of the serpent with your foot, but he will bruise your heel.’ (Gen: 3. 15) Jesus, born of his mother, the Virgin Mary, is believed to be the foot, so Mary is depicted in Christian iconography crushing the head of the serpent, Satan, with her foot. 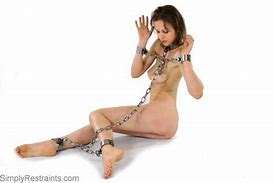 However, it isn’t evident that Mary represents her human species of futanarian women’s seed, that is, women with penis’ semen of their own, who can sexually reproduce as a race separate from men, which makes them Eve’s ’seed’ and God’s ’foot’. Consequently, when Jesus ’Christ’, ’the chosen’, who gave his titular appellation to the religion of Christianity, was executed by the Empire of Rome, then occupying Jewish Palestine with its legions, taking their authority from the Emperor Tiberius Caesar Augustus (14-37 C.E.), his experiencing Resurrection and Ascension to heaven prefigured that of women’s seed, ’Love your neighbor as you love yourself.’ (Mk: 12. 31) Jesus, whose teaching became the New Testament, believed by Christians to supersede the Old Testament of the Jews, was found with a woman by his disciple, Judas, who betrayed Jesus to the Jewish religious police, the Pharisees, who gave him over to the Romans, who took him to the hill of Calvary, outside the city of Jerusalem, and nailed him to a cross of wood. 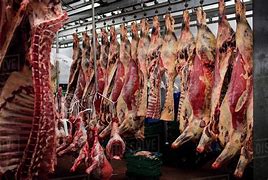 Without women’s seed the foot chain is where the human race is, because there aren’t any humans. It’s women’s seed that produces humans, and human brainpower which, together with spiritual intellect, derived from the human instinct to protect its survival as a species, is the foot that crushes the head of the slaver of the human host, ’The dragon stood before the woman who was about to give birth so that it might devour her child the moment it was born.’ (Rev: 12. 4) Jesus’ disciple, John, in his apocalyptic vision of the future, Revelation, observed that the foot chain of the human race will become the food chain, that is, women will produce children as meat for the ’beast’, ’Let he that has wisdom have understanding. The number of the beast is the number of a man and his number is six hundred three score and six.’ (Rev: 13. 8) 666 is the number of the police turned upside down, that is, 999, as the emergency ’phone number for a goodly proportion of the people of the nations of the Earth, which suggests that it’s the butcher, rather than the meat, who’s being protected. 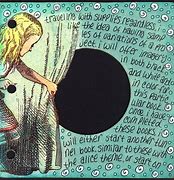 Lewis Carroll, pseudonym of Charles Dodgson, Oxford University mathematics professor at Christ Church college, who wrote the science fiction fantasy novel, Alice In Wonderland (1865), about a young girl’s adventures with black holes, anti-gravity, and related time-space distortion, used the sorites form as a means of expressing how logic defeated evil, for example, man was created by God, whereas Eve was created from Adam’s rib, so Adam is human, and humans like Adam were told that all of the animals upon the Earth were to do with as men chose, so as Eve wasn’t a man she was an animal. As animals were for food, the children of women were food for men, who weren’t cannibals, because women and their children were animals. The argument for such men is that they’re originally created by God outside of the human host womb of women, which means that women and the humans born from their wombs are ’brain food’; in the sense that they’re intellectual. In the atheistic non-religion of communism, for example, intellectuals were slaved in ‘labor camps’, that is, Russian gulag, because that’s what ghouls do. As brainpower interferes with the production and devouring of humans as meat, they aren’t men, who prey. Women don’t have human brains, so they’re animals to men. Anything produced by the inventiveness of what commonly passes for human thought, that is, products of the human host womb, bred there as an animal, is edible, so women and their children are ‘snuff’. A term derived from the practice of extinguishing the light from a candle flame by placing a cap over it, ‘snuff’ movies are butchery’s fictionally illegal form of entertainment, as a captive race bred for slavery and food is filmed being killed in reality, which is what the meat policed to see the alien war makers are for. 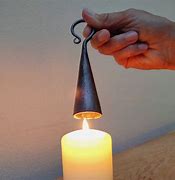 The alternative hypothesis is that such men are parasites, that is, worms living off the flesh of the species, as Eve and her ’seed’ are God’s ‘foot’, which isn’t a part of the food chain, where male animals have the role of eating whatever they determine to be weaker. If, for men that prey, women are food, women are fed to animals, that is, women are at the bottom of the food chain, as they’re weaker than men, which is what abomination is, ’Mystery, Babylon the great, mother of harlots and of the abominations of the Earth.’ (Rev: 17. 5) The foot chain ensures that women remain at the bottom of the food chain, while men are at the top, ’The dragon was wroth with the woman and went to wage war on the remnant of her seed.’ (Rev: 12. 17) Making war to eat her and her children, that is, which isn’t what a race does. For the alien, the futa of the human race is to be cooked by women; after Eve’s ‘seed’ has fathered it. Although the role of a species is to defend itself, a Greek hero, similar to the poet Homer’s Achilles in the Iliad (c. 710 B.C.), hasn’t yet emerged from his tent to fight the Trojan virus,1 that is, homosexuality’s TV, bred as a single male brained transvestite creature, wearing each other’s clothes to spread its brain damaged farter’s ass: perhaps because the heel’s weakness is in evidence.