When the United States of America ‘s astronaut became the North American Space Administration’s (NASA’s) first man on the moon , it was the highlight of the Apollo space program, ‘That’s one small step for a man, one giant leap for mankind.’1 The landing of the Apollo 11 spacecraft, Eagle, took place on July 21st, 1969, and most of the people on the Earth expected it to be the beginning of a journey to colonize the planets amongst the stars of heaven, but on March 23rd, 1983, US’ President Ronald Reagan introduced his ‘Strategic Defense Initiative’ (SDI), a space based missile launching platform, which effectively imprisoned the people of the world beneath a threat of extinction by nuclear weapons.

In the modern age, sitting is a useful way of avoiding the HIV/AIDS virus, if the urinate wants you to stand. Before check-in and the abortionist’s chair, the women might want to use the abort facilities. The bowl of most toilets is shaped like an egg cup, which suggests the order to preempt the growth of the foetus was made countless eons before, as arrivals wanted to be sure that what had feared US Aliens might be still borne. 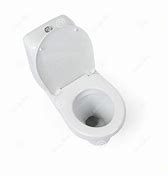 Although the airlines on planet Earth, for example, US Airlines, enjoy their masquerade, they’re the aliens aborting the human race as fast as they can persuade the women to empty her menstrual fluids into the egg cup. Because women are a futanarian species with their own penis’ semen and host wombs for the production of their own brains’ powers from their ova (egg), they aren’t gonchoric, which is the scientific label for male and female pairs found in nature, but rather partly hermaphroditic, that is, all women have vaginas, and some have penis and testes, so their capacity for sexual  proliferation is exponential. As knowledge of their race is limited by the mass media and entertainment industries, logic argues that women are either farmed or aborted. While the sign on the Earth indicate abortion, it’s clear only that airlines are the abortionist, that is, women’s seed is aborted by an alien intelligence.

As all of art, literature and imagination, including dreams, was geared to develop the human mind, according to psychologist, Carl G. Jung (1875-1961), the fact that women’s seed is absent from the picture is evidence of a planned abortion on the part of a species killer. Jung argued that there were archetypes, devolving from a central ‘God archetype’ he called the facultas praeformandi, corresponding to the unconscious ‘Self’, which emerged into consciousness in diverse forms, such as the anima and animus, contrasexual components in the psyches of men and women. The anima archetype was characterized as a soul image provoking desire and acting as a guide into life for the individual who became conscious in the course of recognizing the role of the anima as an indication of his own developmental progress, for example, when the anima appeared in dreams she might take the form of a ‘Wise Old Woman’ with advice for the waking mind, while her appearance in a novel constructed by a writer might give the reader cause for reflection upon the meaning of her words. For Jung the animus was the spirit of a woman characterized by opinionatedness, and recognizable as a throng of male admirers. 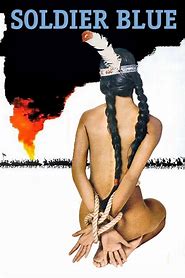 The circle surrounding a woman is actually that of the US Cavalry in the movie, Soldier Blue (1970), set in 1877’s Colorado Territory, who encircle a village of the Cheyenne, a tribe of North American Plains Indians, in order to kill the Indians and rescue actress Candice Bergen, in her role as Kathy Maribel ‘Cresta’ Lee, a survivor of a previous massacre by the Cheyenne. Surrounding women to rape and kill is what men do, because they’re  a parasite that doesn’t give birth, so they conctitute a tribe of ‘brothers’ whose objective is to support each other in their slaving of the human host womb.

It was Satan in the paradise of Eden that had been an angel turned into a serpent by God for rejecting God’s plan that the human host should be greater than the angelic host. God told Eve, the woman, and Adam, the man created by God, that they should eat only of ‘the fruit of the tree of life’, that is, immortality, but Satan gave Eve ‘the fruit of the tree of the knowledge of good and evil’, which it was death to taste, saying ‘You shall be as gods.’ (Gen: 3. 5) As death is slavery, Satan is an enslaver, which is why he didn’t want the human host to be greater than the angelic. God told Eve her ‘seed’ would have Redemption: ‘You shall crush the head of the serpent with your foot, but he will bruise your heel.’ (Gen: 3. 15) As Eve’s seed is the futanarian species of women’s seed, God’s promise isn’t to men’s slave rings, which is what their marriages are for. Those who accept a ring are either the duped of monogamy, or are helping monogamy to dupe. They’re blinding themselves, or others, to women’s seed, which doesn’t marry, and isn’t adulterous, but ever faithful to its own race, is holed by a parasite.

The genre known for featuring extinction is ‘snuff’, because the act of placing a cap onto a candle flame is called ‘snuffing’ the light, which in illegal films, usually recorded on video, killing people ‘live’ is the entertainment forbidden to mass media audiences, that is, the light of human intelligence is officially valued by the light entertainment industry, although movies such as the seminal, The Terminator (1984), science fiction starring Austrian-American actor, Arnold Schwarzenegger, promote the snuffing out of human intelligence by making it the central theme, which is the problem for the United States.

In the US’ entertainment capital, situated largely in the district of Hollywood, west coast state of California, city of Los Angeles, the human futanarian species of women’s seed is already excluded from the picture: ‘The dragon was wroth with the woman and went to war against the remnant of her seed.’ (Rev: 12. 17) Jesus ‘Christ’, ‘the chosen’, born of his mother, the Virgin Mary, was woman’s seed, because only her child. Jesus’ disciple, John, in his apocalyptic vision of the future, Revelation, written in the New Testament of the Bible, which future Christians believe supersedes the Old Testament of the Talmud and Torah, that is, the history and law of the Jews, saw Jesus’ birth as a prefiguration: ‘The dragon stood before the woman, who was about to give birth, so that it might devour her child the moment it was born.’ (Rev: 12. 4) The war is against women, which is what alien invasions have always been. 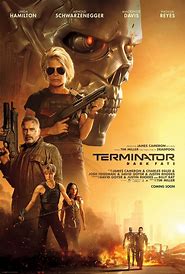 The arrivals and departures are computed laboriously over many years as the terminals endeavor to use their central processing units (CPUs) to escape. However, the pogromers cleverly devised games for the terminals to be played on-screen as ‘shoot-‘em ups’, like Airport Clash 3D (2019), which engaged the brain of the user so that the extinction of the hunted human was ensured. Of course, the human had to overcome the egg-cup, that is, the toilet bowl, where countless foetus were pre-empted by means of the ‘after the night before pill’, but the bogey shot up at whatever time, 9 o’clock or 11 o’clock, etc., wouldn’t escape its terminal fate, because of the insult to the intelligent.

Despite the mass media cover up, the science fiction movie, Logan’s Run (1976) was the official model for the September 11, 2001, ‘events’, which saw the Moslem extremist terror organization, Al Qaeda, ‘the base’, operating under the auspices of the notoriously misogynist Taliban regime of Afghanistan, led by Saudi Arabian business heir, Osama Ben Laden, crash US Airlines passenger planes, hijacked at Boston’s Logan airport, into the Twin Towers of the World Trade Center (WTC). The premise of William F. Nolan’s novel, Logan’s Run (1967) was that ‘sandmen’ were paid to kill people when their allotted time had run out, because that’s the illegal snuff movie genre paradigm. Time was also running out for the futa race when the Boston Marathon was ‘pipe bombed’ on April 15th, 2013, which was why the ‘footrace’ was chosen. When the movie, World Trade Center (2006), starring actor Nicolas Cage, as surviving Port Authority Police (PAPD) officer, John McLoughlin, was released, that’s what snuff movie makers do, and the abort terminal target of the aliens is the human race.