Most writers recollect being told to struggle and starve. Being a starving writer struggling to survive is almost proverbial. So much so that, for the computer age, it’s the equivalent of a program, which as early as the eleventh century, when it was written of as ‘trance’ in 1027 by a Persian physician,1 Avicenna, was identifiably hypnosis. If there was a problem with the software, the hypnotist programed the problem, where ‘software’ corresponds to the human, that is, the human creative artist and the imagination was programed to struggle and starve, or they wouldn’t be allowed to survive.

During the rise of the German Nationalist (Nazi) Party, democratically elected in 1933, with its leader, Adolf Hitler, becoming Chancellor, waging war to enslave Europe (1939-45), the concept of the pogrom became a part of human consciousness, because the Nazis built concentration camps in places like Auschwitz in Poland, where millions of Jews were exterminated. From a hypnotist’s perspective the Germans were software and their program was the extermination of the Jews, that is, the software program was made identical with the term ‘pogrom’.

The Soviet Union of Socialist Republics (USSR) was the supposed antithesis to Nazism, Communism, although Hitler and Josef Stalin’s division of the Poland they jointly invaded in September 1939 was a symptom of what Russian writer Aleksandr Solzhenitsyn wrote of as The Gulag Archipelago (1973), that is, ‘labor camps’ run by Stalin in the same way as Hitler’s Nazis ran their death camps. In other countries, Nazism’s political ideology was labeled ‘fascism’, which is applicable to artists, because the ‘survival of the fittest’ doctrine, derived from nineteenth century social scientist Charles Darwin’s theory of humans evolving from apes, The Origin of Species (1859), starved to death the artist struggling to survive, which Solzhenitsyn endured in Stalin’s gulag system. An artillery officer in East Prussia, after suggesting regime change in a letter to a friend, Nikolai Vitkevich, who’d been at Rostov State University, where Solzhenitsyn had studied mathematics and physics, he was arrested for sedition.

After being interrogated at Moscow’s Lubyanka prison in February 1945, he remained in the prison system. Released in 1953 from Kazakhstan’s Ekibastuz prison, Solzhenitsyn was sentenced to permanent exile at Birlik, a village in Baidibek district , south Kazakhstan, where diagnosed with cancer he received treatment in Uzbekistan’s capital city, Tashkent. After a speech by leader, Nikita Khrushchev, ‘On the Cult of Personality and Its Consequences’, to the 20th Congress of the Communist Party of the Soviet Union, on February 25th, 1956, inspired by the death of Stalin, Solzhenitsyn was rehabilitated as a successful 'ape'  emaciation.

When the Soviet Empire began to collapse in the late 1980s, as withdrawal from those nations in Eastern Europe it’d occupied during the war became politically expedient, ‘ethnic cleansing’ became the new pogrom. In the former superstate of Yugoslavia separatist tendencies led to war, for example, the Bosnian war (1992-95) in which Christian Serb militia set up their ‘rape camps’ for Moslem women, because their apes wanted to breed more parasitically.

Amongst the nations of Islam, which means ‘submission’, the Moslems, that is, the ‘submitters’, pray five times each day; Fajr (dawn), Zuhr (noon), Asr (late afternoon), Maghrib (sunset), and Isha (dusk) to submit, which is what the women were programed to do by their Imam hypnotists, after being called to ‘prayer’ by the Mullahs from the minaret towers of their mosques. During the break-up of Yugoslavia, Moslem women had already been programed to accept their rapes (apes), which suggests that’s what artists were programed for, because it’s what the pogroming hypnotists do with the human software.

When the Russian Federation invaded the Ukraine in 2022, a former Republic, because of its application for membership of the European Union, which had recently established the Schengen zone, a multi-state borderless area, analysis suggests that the North Atlantic Treaty Organization (NATO), a military alliance including the nuclear deterrent weapons systems of the United States of America, the United Kingdom, and France, were dividing the Ukraine with Russia, as Nazi Germany had divided Poland with Russia in 1939, because the EU members states of the Schengen zone were NATO defended, that is, the Schengen Area was already a ‘camp’, while Russia asserted its intentions.

The United Kingdom withdrew from the EU, because it had enough of a camp of its own to administer amongst the islands of Britain, that is, apart from England, Scotland, and Wales, there was Northern Ireland, etc., although as a NATO nuclear threat the Schengen zone was tacitly ensured by the UK, while the EU set up its ‘chine guns to deal with ‘aliens’, that is, visitors, who’d have their homes confiscated if they didn’t leave. Although the Moslems of the nations of Islam were programed to submit, Europeans weren’t, so they had to be forced.

The role of the artist remained the same. Starved into submitting, the writer struggled to submit, and submission was followed by rejection. All art was Islamic to Christianity, which required only submission, rather than acceptance, because for the ethnic cleansers, as it’d been for the Nazis and the Stalinists, the artist was a software programer’s pogrom assistant, who believed in God, like the Moslem women, so deserved to die. 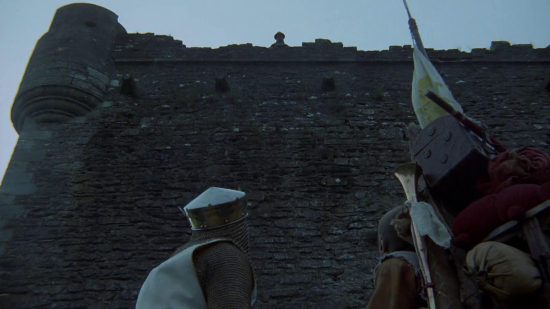 There’d be tag teams for those writers wrestling with the demons. Eventually the writer would submit to a dead line, ‘Halt! Who goes there?’2 The submission tags would resurface from old 1950s movies, made during the ‘Cold War’ between western Europe and Eastern Europe, as the USSR put up its ‘Iron Curtain’, dividing those in the camp of Capitalism, that is, exploitation of the workers, from the communist, workers controlled by the ‘means of production’.3

German fascists look forward to Der Tag, that is, ‘electronic tagging’, so writers are again rounded up and interned in camps as alien imaginations to be exterminated by the pure racist wrestlers of what science fiction writer, Ursula K. Le Guin labeled ‘mindless submyth’, ‘You look at the Blond Hero - really look - and he turns into a gerbil.’4 With Hitler’s Mein Kampf (1925) leading the struggle to ensure artists and writers don’t survive, the übermensch were indicating their readiness to take over: ‘Unfortunately, we can't use your submission.’ Wrestling with ‘the living word of God’, that is, human software, is depicted in the science fiction horror movie, Flatliners (1990), about a medical student, actor Kiefer Sutherland, as Nelson Wright, experimenting with brain death, ‘Today is a good day to die.’5 A ‘flatline’ is heartbeat, or brain activity, failing to register as an electronically displayed wavy line on a monitor screen.

Europe’s ‘flatlinings’ were ensured by Vlad, ‘flat’, Putin, and the rest of the demons with a stake in possessing property. A Russian Republic until 1992, the Ukraine was released into autonomy by Putin, but for him the life there was a fiction, and in February 2022 he ordered the destruction and/or seizure of the possessions and property of the Ukrainians that were fictitious, which is what withdrawal in 1992 meant: the Russians were Putin again to spoil the improvements the Ukrainians had made after they were given permission by Putin to refurbish as owners, rather than tenants, that is, Putin wasn’t enforcing a tenancy agreement, but breaking and entering a property without the consent of the occupant with the legal entitlement to be there.