Homepage > Oops! The Pit And The Pendulum

Oops! The Pit And The Pendulum

Oops! The Pit And The Pendulum

American International Pictures` The Pit And The Pendulum (1961), from the 1842 short story by Edgar Allen Poe, and directed by Roger Corman, is amongst the more memorable of the mid-twentieth century horror film genre, which explains why it`s the theme of Britney Spears` promotional video for the song, `Oops! … I Did It Again` (2000) that features the pop star descending to her stage set inside what looks like a giant`s upturned ring. Because `ring` is a euphemism for slavery, for example, slaves and slavers are often described as belonging to a ring ruled by a slaver, Britney`s video is a comment on the role of the artist within the music industry. `The Pit And The Pendulum` was a story by Poe in which the narrator is bound while a razor sharp pendulum in the shape of a crescent moon slowly descends, but he escapes by persuading rats to bite through his bonds. He`s ultimately saved from the Spanish Inquisition of the Christian Catholic church, who were known for torturing Christian Protestant separatists to convert to Catholicism or die, when the Spanish city of Toledo is captured by the French. Just as the prison`s walls, made red hot by the inquisitor, close in. Although there`s no pendulum in Britney`s `Oops! … I Did It Again`, red suited Britney`s winching of the Apollo style astronaut in his spacesuit to where he can look down upon her `twin`, wearing a white bikini dress, is structurally similar because, for the director, Nigel Dick, the camera eye is a surrogate blade. 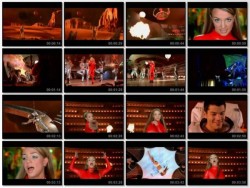 In the AIP Corman film, The Pit And The Pendulum, actor John Kerr, as Francis Bernard, visits the castle of his brother-in-law, Nicholas Medina, that is, well-known horror movie actor, Vincent Price, to uncover the reason for his sister Elizabeth`s death, whose role is actress Barbara Steele`s. She`s supposed to have become fascinated by the dungeon`s torture devices and, having locked herself inside an iron maiden, after whispering `Sebastian`, died. Nicholas Medina`s father, Sebastian, was a notorious inquisitor, also acted by Price, who Nicholas, as a boy, saw murder his wife Isabella`s brother, Bartolome, for `adultery`, before he entombed Isabella alive. Consequently, Isabella`s fate is similar to Elizabeth`s:  `If Elizabeth Medina walks these corridors, it is her spirit and not her living self.`1 Because there are two Britneys in `Oops! … I Did It Again`, they`re associable with Isabella and Elizabeth, that is, they`re women of different epochs, which explains the presence of the Apollo astronaut on Mars, where the Britneys, and her dance troupe, don`t need space suits. In the film, The Pit And The Pendulum, it`s revealed that Elizabeth died trying to claw open her coffin, which is a scenario reprised by Britney in her white bikini dress beneath the camera eye of the spaceman attached to his space helmet: `Oh baby, it might seem like a crush … I cry, watching the days.`2 However, in The Pit And The Pendulum movie, it`s a ruse perpetrated by Elizabeth, and her lover, Dr Leon. Nicholas hears her voice calling him in the night but, seeing her rise from her coffin, he flees. Gone mad, he believes himself Sebastian and, as Leon falls to his death in the dungeon pit, Nicholas begins to repeat the murder of his mother, Isabella, and her brother, Bartolome. When Francis enters, awoken by Elizabeth`s screams, Nicholas thinks he`s Barolome, and binds him beneath the pendulum. Nicholas falls to his death in the dungeon pit, and actress Luana Anders, in the role of his sister, Catherine, rescues Francis. They leave while she vows to never open the torture chamber again. Because the dead Nicholas was the only person, apart from the dead Leon, to know Elizabeth wasn`t dead, she remains bound undiscovered inside an iron maiden. 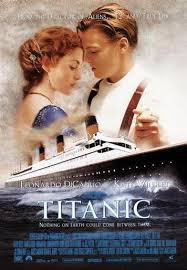 History repeats itself, and repetition is a theme of `Oops! … I Did It Again` because Britney is given a gift by her spaceman: `But I thought the old lady dropped it into the ocean in the end.` The allusion is to the Titanic (1997) movie  in which 100 year old Rose is seen dropping the diamond blue pendant, `heart of the ocean` into the sea at the point where the ocean-going liner, Titanic, sank after hitting an ice berg on 15 April, 1912. Rose had been on the ship as a young woman, actress Kate Winslet in the film, with her boyfriend, Cal, who she jilts for Jack, and Cal puts the diamond in Jack`s pocket to accuse him of theft. When the ship sinks, Cal is amongst the men who take the lifeboats away from the women and children, while Jack drowns saving passengers. Rose`s dropping of the diamond into the sea, where the Titanic is being salvaged many years later, reflects upon the sadness of her memory. Before Britney receives her gift, an announcer cries: `All aboard!` Consequently, the gift is supposed by most pop video critics to be the `heart of the ocean`: `Well, baby, I went down and got it for you.` Repetition is associated with reincarnation, which is antithetical to Christian Resurrection and Ascension to heaven above the Earth where the planets await colonization by humanity amongst the stars. Britney`s spaceman is wooing a `star`, and experience teaches that history repeats itself, which is presented as an inescapable human tragedy, but it isn`t. 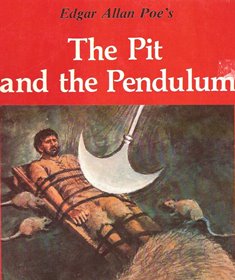 What humans aren`t told is that futanarian `woman`s seed` is able to sexually reproduce without men, who of course can`t sexually reproduce with each other, and that`s how the species is intended by God to produce the numbers needed to colonize the planets amongst the stars of heaven. Consequently, the two Britneys represent human sexual replication, which results in Resurrection and Ascension to heaven prefigured by that of the Christian Messiah, Jesus Christ, whose mother was the Virgin Mary, that is, the symbol and embodiment of Jesus` teaching of `woman`s seed` - in contradistinction to men`s - if the race is to leave to colonize the planets through the production of women` s brainpower for the devising of technologies to take her to the stars:  `Love your neighbor as you love yourself.` (Mk: 12. 31) 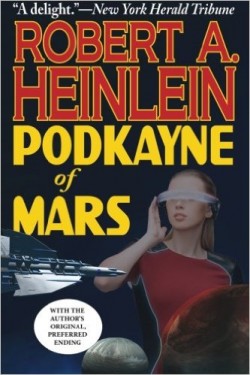 Although Britney Spears` scifi video looks notional, it`s highly contrived. The science fiction writer, Robert A. Heinlein (1907-88), wrote of a girl, `the Poddy beautiful`, in Podkayne Of Mars (1963): `Poddy Fries, free citizen of Mars, female. Future pilot and someday commander of deep-space exploration parties. Watch for me in the news.`3 In her red pilot`s suit, Britney`s Poddy and, in her white bikini dress atop what looks like a compass rose used by ship`s navigators, she`s Rose, because history will repeat its wars against `woman`s seed`; if humanity doesn`t escape from the torturer. In other words, `Oops! ... I Did It Again` is about how the body of humanity will rise to heaven through the Resurrection of `woman`s seed`, and the navigators of starships to the colonizing of the planets amongst the stars of heaven above the Earth will need to be raised, and to know stars to be guided. However, the camera attached to the space helmet of the astronaut winched up to where he can film Britney in her white bikini dress below is typical of the parasite upon the host womb of the human race which won`t let go of its prey. In parasitology, the parasite that emerges to devour the host is termed `parasitoid`, which is what men`s wars are. 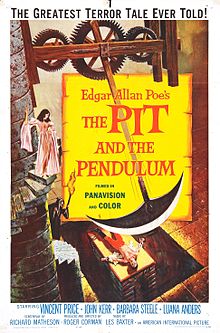 The parasitoid devourer that wants to record killing for entertainment is a type of what repetition through reincarnation is, and although the `snuff movie` genre is illegal, it`s what men produce: `Your candle burned out long before your legend ever did.`4 Bernie Taupin`s lyrics to Elton John`s tune, `Candle In The Wind` (1973), about movie sex symbol, Marilyn Monroe, lament the death of Marilyn found in the nude in 1962, although sexual repression of `woman`s seed` is what kills it, which is why the `babes` of the pop and movie industry are depicted as penisless and brainless bodies. Marilyn Monroe`s death was shrouded in mystery, because of alleged relationships with President John F. Kennedy assassinated in Dallas, Texas, on November 22, 1963, by a lone sniper, Lee Harvey Oswald, and his brother, Bobby, campaigning for the Democratic Party`s nomination for the candidature for the Presidency of the United States of America, who was assassinated in a kitchen at The Ambassador Hotel in Los Angeles, California, on June 5, 1968, by another lone gunman, Sirhan Sirhan, so although explicable in medical terms as resulting from a personal history of drug abuse, likening Marilyn`s life to a candle flame `snuffed out` is illuminating. In the absence of `woman`s seed`, the stars will just wink, and continue to do so, until they`re all winked out.