Homepage > I`m Not My Mother To Her

I`m Not My Mother To Her

I`m Not My Mother To Her

In 1959 science fiction writer, Robert A. Heinlein (1907-88), wrote a short story, ` - All You Zombies - `, which was made into the 2014 Australian movie, Predestination, about a central character, known as `the Unmarried Mother`, who is born as a hermaphrodite, with both sets of genitals, that is, male and female, but who is surgically altered, so that s/he can live as a man. Although the story seems bizarre, the American medical establishment have a policy of surgical alteration for those born as hermaphrodites,1 because of the belief that hermaphrodites are too difficult for society to incorporate. Heinlein`s time-travel tale also relates the protagonist`s discovering he`s his own mother, Jane. 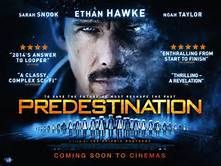 Moralists cite the Bible for support of surgical alteration: `Mystery, Babylon the great, mother of harlots and of the abominations of the Earth.` (Rev: 17. 5) Physical abnormality, as the product of incest, is their moral reason for surgical intervention. Described as `a woman` in the Old Testament of the Bible, that is, the history and law of the Jewish `chosen people`, which is their Torah and Talmud in their Hebrew language, Babylon (c. 4000 B.C.) was the capital city of the Persian Empire of Xerxes (486 B.C. - 465 B.C.) at the period in history when ancient Greece institutionalized host womb slavery for women in homosexuality and pederasty for war against Persia. Babylon was similarly anathematized for slaving wombs for war, but it was the stamp of Empire, and in Greece it became the basis of democracy. 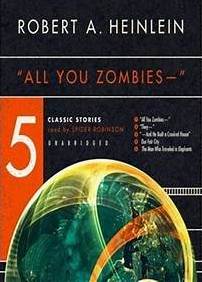 Criticism came through the New Testament of the Bible, which was believed in by Christians, whose belief system derived from Jesus `Christ`, `the chosen` among the Jews. Viewed as a `dissident` by the Roman occupiers of Palestine, during the reign of the Emperor, Tiberius (42 B.C. - 37 A.D.), Jesus taught: `Love your neighbor as you love yourself.` (Mk: 12. 31)  According to the developmental psychologist, Carl Gustav Jung (1875-1961), societies are recognizably endogamous, that is, having a small gene pool, or exogamous, that is, having a larger gene pool afforded by pleasant relations with neighbors, which is where nature and logic coincide, that is, good neighborliness is more conducive to normal births. Consequently, it was Jesus` diagnosis that Jewish society wasn`t appropriately exogamous.

Jesus` disciple John`s apocalyptic Revelation of the future was interpreted as relating to the district of Hollywood, `Babylon`, city of Los Angeles, west coast state of California, in the United States of America, partly because of the 1930 `Hays code`. Established by President of the Motion Picture Producers and Distributors of America (MPPDA), Will Hays, it made sex scenes taboo in the movie industry: `... women, in love scenes, at all times have `at least one foot on the floor` (in other words, no love scenes in bed).`2 Because women are a single futanarian species independent of men`s host womb slaving, their exogamous mode of sexual reproduction from their own penis` semen was suppressed as incest, that is, with their foot on the `cutting room floor` of the film industry, humanity remained stillborn: `The dragon was wroth with the woman and went to make war on the remnant of her `seed`. (Rev: 12. 17) When the `serpent`s seed` of men had wings to spread, they`d bomb the exogamous species of `woman`s seed`, which is what Hollywood, `Babylon`, filmed with its heroes in action movies. 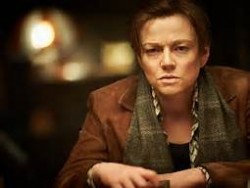 In Christian iconography, Jesus` mother is depicted crushing the head of the serpent with her foot, which moralists have interpreted as the rejection of the poison of adultery. According to the Bible, the angel, Satan, turned into a serpent by God for rejecting God`s plan that the human host be greater than the angelic, attempted to adulterate the human species after God created the first man, Adam, and the first woman, Eve, to whom Satan gave `the fruit of the tree of the knowledge of good and evil`, that is, death, saying: `You shall be as gods.` (Gen: 3. 5) As a host womb slave to war, humanity would be an ignorant ephemeral, although God promised Eve her `seed` would be redeemed: `You shall crush the head of the serpent with your foot, but he will bruise your heel.` (Gen: 3. 15) Despite the efforts of the endogamous, that is, incestuous, `serpent`s seed` of men to prevent exogamous futanarian `woman`s seed` leaving, Eve`s `seed` would produce better brainpower. 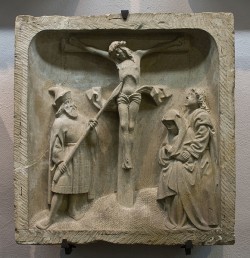 Eve is depicted in the Bible emerging from the side or rib of Adam, because Adam`s a self-fertilizing futanarian woman, so the description of Eve`s birth is euphemistic. As the host womb slaver of the exogamous human species of `woman`s seed`, Satan is its adulterate, that is, adultery by the `serpent`s seed` of unredeemed men is what Hollywood, Babylon, was promoting when it didn`t want women`s mode of sexual reproduction to be shown in cinemas. Jesus` mother, the Virgin Mary, bore the Jewish Messiah uncontaminated by male semen because, as a single independent species, women are unadulterated. Consequently, `the son of man`, Jesus, who was taken to the hill of Calvary outside the city of Jerusalem by the Romans, where he was nailed to a cross of wood, died for suggesting that war was a consequence of women`s being host womb slaved in homosexuality in pederasty for war, so that they couldn`t physically love each other as neighbors, and so prevent war.

Jesus` subsequent Resurrection and Ascension to heaven prefigured that of `woman`s seed`, whose brainpower was to take them to colonize the planets among the stars of heaven. Heinlein`s species` representative in `- All You Zombies -` is his single independent `Unmarried Mother`, who was normal before his operation, that is, impugning hermaphroditism as a product of the breaking of a taboo against incest, which is designed to prevent the single independent species of exogamous `woman`s seed` from sexually reproducing, is an endogamous tool of the species` slaver, and a defamation of the character of the nature of the hermaphroditic human species. Towards the narrative`s end, `the Unmarried Mother` says: `I know where I came from, but where did all you zombies come from?`3 What he uncovers is that all of the people in the story are him at different times in his time-traveling, which means that all of the mothers are him. 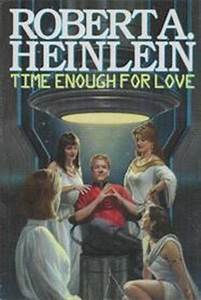 Although Heinlein`s been accused of designing a `circle of hell` comparable to those in the 14th century Inferno, Part III of Alighieri Dante`s Divine Comedy (1320), `- All You Zombies -` is a meditation on the human species` inability to recognize its child: `The dragon stood before the woman who was about to give birth so that it might devour her child the moment it was born.` (Rev: 12. 4) Men stand endogamously between the women to prevent them from sexually reproducing as the exogamous human futanarian species of ``woman`s seed`. According to parasitology, the parasite that emerges from the host to kill it is termed `parasitoid`, which is what unredeemed men are. The human race of `woman`s seed` is a `zombie`, because the `serpent`s seed` of men kill it to keep it an unconscious host womb slave, so that they can continue to devour it in war. Heinlein`s `Unmarried Mother` has been surgically conditioned, so that he can`t exogamously reproduce the human brainpower needed to escape the `zombies`. 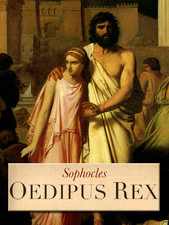 The most interesting factor is the incest taboo. Heinlein`s long-lived time-traveling character, Lazarus Long, goes back in time in the novel, Time Enough For Love (1973), to find that he can`t sexually resist his mother, Maureen, but that incest isn`t a relevant issue for him,  `… never in all his lives been so unbearably attracted, so sexually obsessed, by any woman any where or when`.4 Lazarus stops short at fathering himself, because Heinlein wants to admit the reason for the incest taboo, that is, that endogamously shrinking gene pools produce physical and mental abnormality in progeny, which is a legitimate moral concern. However, the use of incest taboo, to prevent the single independent human species of exogamous `woman`s seed` from sexually reproducing, isn`t legitimately moral, but a tool of the slave ringers, which is why Heinlein`s protagonist in `- All You Zombies -` is `the Unmarried Mother`. For a single independent species of exogamous `woman`s seed`, sexual reproduction within the family is normative, because the species is the family. In short, men`s incest taboo is designed to prevent sexual reproduction within the human family, which is why `the Unmarried Mother` is surgically stopped from reproducing. 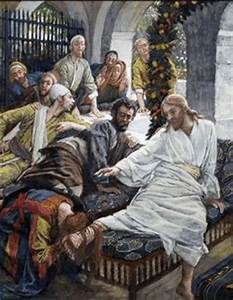 The classic incest taboo narrative is Greek dramatist Sophocles` Oedipus Rex (c. 429 B.C.) in which the central protagonist, Oedipus, whose name means `swollen foot`, because the subject is the futanarian species of `woman`s seed`, kills his father, Laius, unbeknownst, and marries his mother, Jocasta, unknowingly. Sophocles` drama is a meditation on the brain damage that the absence of the futanarian race of humanity inflicts upon the species of `woman`s seed`, that is, Oedipus limps, and the death of the human race is a lame excuse for enforcing the incest taboo which, when Oedipus discovers he`s broken, blinds himself. Agreeing to lead her blind father`s footsteps on and away from the Egyptian city of Thebes, where Oedipus had been king to Jocasta`s queen, Antigone represents the fate of the human futanarian race of `woman`s seed`. Doomed to extinction by men`s obsession with preventing women`s exogamous mode of sexual reproduction, their role is that of a dog for the blind.

Jesus, who was caught with a woman by his disciple, Judas, was similarly stopped. Judas` spy canard, seeing the woman using the expensive perfume, spikenard, was that it was too good for Jesus, who replied: `Leave her alone.` (Mk: 14. 6) Judas` response was to sell Jesus to the Jewish religious police, the Pharisees, for `thirty pieces of silver`, because he was interfering with the slaving of `woman`s seed`, and so Jesus was executed. Heinlein`s `Unmarried Mother` is a figure of the type of Jesus, because he`s `woman`s seed` prevented from reproducing. Although he represents the single exogamous independent species of `woman`s seed`, that is, all of the women are his mothers, none of them see themselves as his mother, which would be true of a time-traveling futanarian race that had conferred immortality upon itself through medical science, so that all of its members are at least physically perfect. As Heinlein`s Time Enough For Love propounds, sexual attraction is then the only criteria and: `incest a religious concept, not a scientific one`. 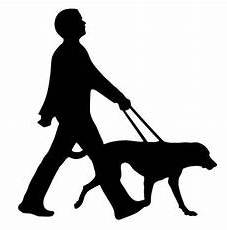 Obviously, despite the age of the condom, incest is more than a religious concept, because scientifically it carries the dangers of gene recessive abnormality in progeny, but that`s beside the point, which is that the human futanarian species of `woman`s seed` is kept brain dead to prevent it from conferring immortality upon itself through medical science, which would make all of `woman`s seed` physically perfect and so sexually desirable. Consequently, men`s incest taboo is designed to prevent the species from living. The concept of adultery only applies to men, because it`s their `seed` which `boy sons`, that is, poisons, the species of `woman`s seed` with its adulterate. Women, as a single exogamously independent species, aren`t adulterous, while men`s incest prohibition is more a measure of their desire to prevent the family of `woman`s seed` from reproducing, than to prevent the dangers of a recessive gene pool, which is what they`ve created, so surrounding `the Unmarried Mother` with brainless zombies, who`re incapable of comprehending the true moral issue. Sex within a species not men`s own isn`t a part of men`s jurisprudence.