When Jesus `Christ`, `the chosen`, encountered a man on the road near the town of Gadarene, he told Jesus: `I am Legion.` (John: 8. 7) Because the Roman Empire was occupying Jewish Palestine in the name of the Emperor, Tiberius, the name `Legion` alludes to the legions of Rome, which was the name for the armies of Rome`s slaving. Consequently, Jesus` casting out of the demon, `Legion`, is a metaphor for the Jews` desire that the Roman legions would leave Palestine. So Jesus` words, which were understood as a distillation of the history and law of the Old Testament of the Christian Bible, that is, God`s `chosen people` of the Jews` Hebraic Torah and Talmud, were an attempt to persuade the people of Palestine to remain patient during the days of Imperial Rome: `Love your neighbor as you love yourself.` (Mk: 12. 31) Jesus wasn`t a Christian, and neither was the man on the road near the town of Gadarene, but the New Testament of the Christian Bible uses the narrative as the basis for Christianity, which was the religion that arose from Jesus` role as `Messiah`. Consequently, when Jesus cast the demons out of the man, `Legion` asked Jesus if it could go into a herd of pigs, and Jesus agreed. The pigs ran off the nearby cliff and into the sea where they drowned, because that`s what demon-driven flesh does. Jesus` observation was that the Jews didn`t want to be occupied by the Roman legions, while for Christians it`s an opportunity to criticize those who don`t convert from evil, so that they can be rid of demons. However, because Jesus didn`t make distinctions between people, Christianity is accusing people of being pigs rather than ridding them of demons on the simpler basis of Jesus` teaching, which is that humans don`t want demons, so Christians rid them of them. In other words, Jesus wasn`t interested in who qualified as a pig, whereas modern Christianity presupposes that the people of their parishes haven`t accepted Jesus` teaching well enough for the church to stop identifying them with animals. 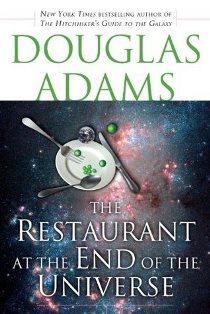 Jesus was taken to the hill of Calvary outside the city of Jerusalem by soldiers of the local Roman legion where he was nailed to a cross of wood to die as a `dissident` Jew preaching against the occupation of Palestine by the Roman Empire. After his death he experienced Resurrection and Ascension to heaven in prefiguration of `woman`s seed` because he was born from the Virgin Mary, his mother, uncontaminated by male semen, that is, he was the prefiguration of futanarian women`s `seed`, who are women with penis` semen of their own, which is why Jesus` mother, the Virgin Mary, is depicted crushing the head of the serpent with her foot in Christian iconography. Humans want human brains, not those of animals. In short, Christianity is an apologia for breeding the human species of futanarian `woman`s seed` as animals for slavers. During Jesus` crucifixion there are three Marys who are known as the women of the foot of the cross; Jesus` mother, Mary, Mary Magdalene, and Mary, the wife of Clopas, because a woman of the `foot`, that is, a futanarian woman can fertilize a woman without a penis, but she needs a woman with a penis to fertilize her. In simple terms, the three Marys represent the single species` nature of futanarian humanity, which isn`t monogamous but rather corresponds to Jesus` description of heaven, that is, species` colonization of the planets amongst the stars through `woman`s seed`, where humanity is born only from its sexual activity: `At the resurrection people will neither marry nor be given in marriage; they will be like the angels in heaven.` (Matt: 22. 30) From a Roman slaver`s perspective Jesus was difficult because he wouldn`t accept that he was an animal, and later Christianity judged that their people were. Consequently, the genuine hypothesis presented by the Christian church is that they`re engaged in animal husbandry as an agent for a breeder. 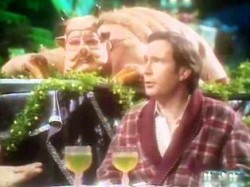 According to the Old Testament narrative of the creation of the first man, Adam, by God, and the first woman, who God made to emerge from the rib or side of Adam, the angel Satan was turned into a serpent by God and placed in the paradise of heaven on Earth, where Adam and Eve lived, for rejecting God`s plan that the human host be greater than the angelic. Representing an earlier saurian evolution 248 m.a., in the Mesozoic period of Earth`s history, which preceded the evolution of hominids by 20 million years, Satan`s a fallen nature seeking to rise through host womb slaving of a species not its own, which is futanarian `woman`s seed`. In short, the anthropos or first man, Adam, was a self-fertilizing futanarian woman demonstrating her species` survival trait in producing Eve, who is euphemistically described as emerging from Adam`s `side`. Cast out of heaven from amongst the stars, by God, Satan represents the enslaving of humanity in parasitism by a race that, according to the Bible, still dwells as angels in heaven with God, although their degenerate representatives have enslaved the human race on Earth as animal husbanders. In short, humans are bred by devils in the guise of men for export, and humans are not necessarily men`s species, which is why Jesus urged men`s conversion from the sin of slavery, because `woman`s seed` is God`s `chosen people`, and eternal perdition, that is, unendurable pain, is the punishment God promises to the evil, while a new heaven and Earth is promised to good humanity. Of course, if humans were animals that`s what they`d be promised, which admits of Christianity being understood in the terms that the German economist Karl Marx described it, `religion is the the opium of the people`,1 that is, it`s an animal pacifier, so that the meat can be devoured by the `red dragon` of Jesus` disciple John`s prophetic Revelation of the future: `The dragon stood in front of the woman who was about to give birth, so that it might devour her child the moment it was born.` (Rev: 12. 4) The child is `woman`s seed`, which the serpent, grown since its days in Eden into the devouring dragon of war against the human host, seeks to subdue as its meat slave: `The dragon was wroth with the woman and went to make war on the remnant of her seed.` (Rev: 12. 17) 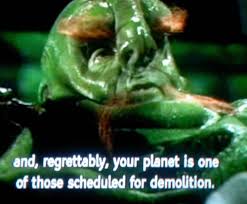 Since ancient Greece men have been slaving women`s host wombs in institutionalized homosexuality in pederasty for war against her human race until, by the late 20th century, men`s mixing of blood, shit and semen in each others` anuses had produced the `incurable killer disease`, HIV/AIDS, as a `biological weapon`, described in John`s Revelation as the `blood plague` (Rev: 11. 6), to keep women in fearful faithfulness to enslavement of their host wombs for war against futanarian humanity in monogamy`s ring slavery: `Men cursed the God of heaven for their pains and their sores, but refused to repent of what they had done.` (Rev: 16. 11) What they`d done was institutionalize misogyny as a means of maintaining slavery. If women were trained to believe themselves inferior, they`d be an inferior race, and if the `remnant` of their `seed` wasn`t extinguished in war, it`d be forever an `easy kill` for the evil enslaver. Consequently, ancient Greece, held as `the model of democracy` by history, because of the absence of `woman`s seed` in institutionalized homosexuality in pederasty for war, was in fact the `model` for human history; as a `snuff` theater. Men and women, manufactured since at least ancient Greece as a single male brained creature, wearing each others` clothes in `TV` transvestism for the broadcasting of death in war as entertainment for the evil, was what the alien husbanded. In simple terms, like the animal in Douglas Adams` science fiction novel, The Restaurant At The End Of The Universe (1980), Satanism has bred the human race to ask to eat itself in the expectation that, when it encounters the `serpent`s seed` of Satan amongst the stars, it`ll ask to be eaten there too: 'You mean this animal actually wants us to eat it?'2 Trillian`s aside to Ford Prefect, the galactic hitchhiker who saved Earthman, Arthur Dent, when the Earth was demolished by Vogon aliens to make way for a hyperspace bypass, is apropos. Having vogued, the Vogons vogue on; after eating a species not well prepared.

1 Marx, Karl `A Contribution to the Critique of Hegel's Philosophy of Right`, Deutsch-Französische Jahrbücher, February, 1844.

2 Adams, Douglas The Restaurant At The End Of The Universe, Pan, 1980.