Although the Bible narrative of the creation of Eve and Adam, the first woman and man, by the creator God, and the role of the angel, Satan, turned into a serpent for rejecting God`s plan that the human host be greater than the angelic, is well known in the western hemisphere, the role of the creator, called `Allah` among Moslems in Islam, isn`t. In the Old Testament of the Bible, which is the history and law of the Jewish `chosen people`, that is, the Talmud and Torah in their Hebrew language, Satan is placed in the paradise on Earth that was Eden where he was subsequently blamed for tempting Eve to `eat of the fruit of the tree of the knowledge of good and evil`, saying: `You shall be as gods.` (Gen: 3. 5) As the result of their eating was that they became ephemeral, ignorance and slavery to the `serpent`s seed` was the consequence, although God encouraged Eve to believe that her `seed` would triumph over Satan`s: `You shall crush the head of the serpent with your foot, but he will bruise your heel.` (Gen: 3. 15) Because `woman`s seed` is futanarian, that is, women are capable of sexually reproducing with each other, they`re Eve`s foot. Consequently, the narrative of Eve`s birth from Adam`s side, or rib, is a euphemism for the fact that Eve and Adam were women, and Satan`s role is that of the host womb slaver of the human species by an alien invader. 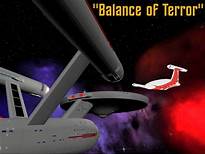 The Jews` tradition that a man can only be born from a Jewess , that is, a woman, is a futanarian tradition, because women are man.  Although Judaism was founded by Isaac, son of Abraham, Sara was barren afterwards, so gave Hajer, her maid, to Abraham, and Hajer bore Ishmael, who founded Islam through his descendant, Mohamed, who received the Koran (610-30 C.E.), according to Islamic tradition, from the angels of God, who had been told that the human host should be greater than the angelic. Although Judeo-Christianity views the four wives permitted Moslems as a retroactive attempt to legitimize, because Ishmael was born of a woman unmarried, it affords the possibility of futanarian reproduction within the Islamic family, which is why God told Eve her `seed` was greater than the serpent`s. 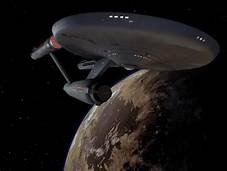 Moslems pilgrimage to the Ka` Ba in Mecca, Saudi Arabia, which is the shrine of Abraham, and formerly the place of worship of what the Koran calls `bird women`; the al-gharānīq. Although the Moslems worshiped Allah in monotheism, signs of the earlier form of worship remain at the Ka` Ba, for example, the black stone, which resembles the cloaca of a bird. In the Koran, Sura 53, ‘An Najm' (The Star), vs 19-22, Mohamed describes `bird women`: `Have you then considered al-Lāt, and al-'Uzzá? And the other, the third, al-Manāt? What? For you, the male sex, and for him the female? Are yours the males and his the females? That indeed were an unfair division.' The `division` is depicted as `unfair`, because `woman`s seed` is separate and distinct from men of the `serpent`s seed`. Consequently, `bird women` represent `woman`s seed` adulterated by miscegenation with their womb slavers, and the black stone of the Ka` Ba, which is situated at a corner of it, is their cloaca. Because the women of Islam wear the one-piece coverall of their black burka to publicly conceal their nature from the eyes of the `infidel`, that is, the unfaithful, they`re cloaked, which is a method of preventing their futanarian mode of sexual reproduction being revealed. 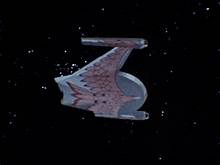 In science fiction television series, like Star Trek (1966-68), a `cloaking device` is used to conceal a starship, which occurs for the first time in `Balance Of Terror`, when the crew of the Enterprise, and its Captain James T. Kirk, encounter a Romulan `warbird`, which is able to cloak: `Captain's log, stardate 1709.6. We are at the neutral zone. I've lost contact with the intruder. No reaction on our motion sensors, but believe the Romulan vessel to be somewhere close by, with all engines and systems shut down. The Enterprise is also playing this silent waiting game in hope of regaining contact.`1 In terms of sexual reproduction of brainpower, what that means is that the `warbird` emerged from beneath the `cloaking device`, because the Romulan advanced technology is that of `woman`s seed` represented as alien to men of the `serpent`s seed` who conceal women`s mode of sexual reproduction from becoming publicly accepted as human. The capital of the mass media industry in the district of Hollywood, city of Los Angeles, west coast state of California, United States of America, was instrumental in condemning women`s human futanarian race in 1930 when Will Hays, President of the Motion Picture Producers and Distributors of America (MPPDA), established the `Hays code` forbidding women`s foot from rising from the cutting room floor of the Earth`s bedroom:  `... women, in love scenes, at all times have `at least one foot on the floor` (in other words, no love scenes in bed).`2 Or, in other words, no sexual reproduction between women so that men of the `serpent`s seed` don`t have to face the Romulan warbirds in heaven above the Earth because `woman`s seed` won`t rise from it: `The dragon stood before the woman who was about to give birth so that it might devour her child the moment it was born.` (Rev: 12. 4) If `woman`s seed` is destroyed upon the Earth, she won`t be able to rise to heaven on the strength of her own brainpower.

John`s Revelation was written as a disciple`s after the death of the Jewish messiah, Jesus `Christ`, `the chosen`, as narrated in the New Testament of the Bible, which describes Jesus` birth from his mother, the Virgin Mary, and his teaching: `Love your neighbor as you love yourself.` (Mk: 12. 31) Jesus was born uncontaminated by male semen, that is, the `serpent`s seed` of unredeemed men, and he was taken to the hill of Calvary outside the city of Jerusalem by the Romans then occupying Palestine to where he was nailed to a cross of wood and left there to die as a `dissident`. Experiencing Resurrection and Ascension to heaven, Jesus` prefigured that of `woman`s seed`, which is why his mother, the Virgin Mary, is depicted crushing the head of the serpent with her foot in Christian iconography, because he`s woman`s futanarian race representative. Because birds are descended from saurian reptiles, and Satan is depicted as a winged angel, before being turned into a serpent by God, the pre-Islamic worship of `bird women` suggests that saurian evolution, which began 248 m.a., in the Mesozoic period of Earth`s pre-history, resulted in God`s angels, that is, the saurians, advanced in technology to colonize the planets among the stars of heaven above the Earth, while human evolution, which began 220 m.a., in the Jurassic period of Earth`s pre-history, was hijacked by men of the `serpent`s seed` for host womb slavery to war against itself for the entertainment of the alien. The `bird women` were `woman`s seed`, and devourment was the form of worship practiced by men of the `serpent`s seed`, which is why wife-worship in Judaism was acceptable, because it meant preservation, and so four wives were acceptable in `Islam`, `accept`, among Moslems, `acceptance`. 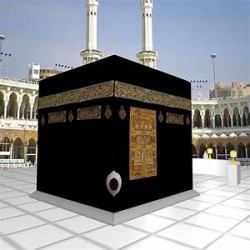 In Egyptian religion, `Ka` is `spirit` and `Ba` is `soul`, because women with cloaca penis` semen and women with cloaca are `Ka` and `Ba`, which is why the black stone at the corner of the Ka`Ba in Mecca appears like a cloaca. In Islam the figure of Satan appears in the guise of the Shaitan djinn, Iblis, who corresponds to the character, Satan, in Judeo-Christianity, because he refuses to bow before Adam and Eve, which means that he doesn`t accept he`s inferior. In the Koran, Allah, who corresponds to Eloah in Judaism, which is the Hebrew language`s word for God, is described as creating men, angels, and djinn. In Arabian folklore djinn are depicted as wondrous figures with marvelous abilities and attributes; for example, magic carpets that fly, and portals from which they miraculously emerge, which modern science would interpret as airplanes and `phones. Consequently, it`s likely that djinn represent the lost capacity of `woman`s seed` to produce superior intelligence, that is, genius, although Iblis, whose credited only with the power to whisper in the Koran, is depicted as epitomizing the arrogating male principle, while the futanarian nature of Eve and Adam is alluded to in `The Star` chapter`s few lines devoted to the `bird women`; the al-gharānīq. That Iblis represents male futanarian nature seems unmistakable, though why he`s described as irredeemable isn`t clear, although Satan`s irredeemable nature is clear from the Bible, because it`s enslaving. What is clear is that there`s a difference between futanarian `woman`s seed` and futanarian male `seed`, that is, if `woman`s seed` doesn`t need men`s hirsute nature, is the male damned for having hairy breasts with lactating nipples? 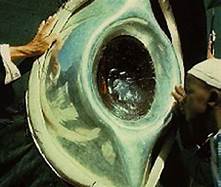 If Iblis is a male futanarian, who only has the power to whisper in women`s ears because he`s rejected by their `seed`, then he`s defined as physically evil, which is comprehendible in a post-HIV/AIDS` society: `Men cursed the God of heaven for their pains and their sores, but refused to repent of what they had done.` (Rev: 16. 11) What they`d done was host womb slave women for homosexuality in pederasty for war, which was institutionalized in ancient Greece preparatory to its invasion by the Persian Empire of Darius in 492 B.C., whose capital city, Babylon, was described thus: `Mystery, Babylon the great, mother of harlots and of the abominations of the Earth.` (Rev: 17. 5) From Babylon host womb enslavement of women`s host wombs in homosexuality and pederasty for war would eventually produce the human immune deficiency virus (HIV). Discovered as mutated from simian immune virus (SIV) found in apes in the African DR Congo in 1983, HIV spread by the mixing of blood, shit and semen in male anuses in mockery of women`s mode of human sexual reproduction. If acquired immune deficiency syndrome (AIDS) resulted, collapse of the body`s organs and brain death ensued as the `incurable killer disease` became homosexuality in pederasty for war`s `biological weapon` keeping women in fearful faithfulness to their ring slavers. Unfortunately, what`s deducible is that the futanarian male is Satanical, because encouraging of sexual activity between males, which is why Iblis is depicted as a physical evil that has the power (only) to whisper persuasively, while djinn have the capacity to choose good or evil in the same way as other intelligences, that is, humanity can choose not to be homosexual, whereas homosexuals might argue they can`t be anything else. Irrespective, the lesson of history is that the homosexual principle doesn`t defend  women`s human futanarian species, it attacks and kills it.