Doctor Who has been the flagship science fiction television series of the British Broadcasting Corporation since it first appeared in 1963. Actor William Hartnell was the first doctor, who was replaced by successive actors in the role with transformation sequences being used as a means of explaining the reason for the new actor in the role to an audience used to the incumbent, and thereby ensuring the character`s continuation well into the 21st century and beyond.  Often known simply as `the doctor` to the other characters on the show, after being introduced by his assistant, usually a young woman calling him `doctor`, Dr Who seemed to have very little to do with medical science. His assistants faces changed almost as often as the doctor`s as new actresses were brought in to assist the plots, and perhaps the most successful of the storylines were those involving the Daleks and their blonde enemies, the Thals, on the planet Skaro.

William Hartnell was the first doctor to encounter the Daleks of Skaro, although all of them had something or other to do with what had originally been the dark haired Kaled people of Skaro living alongside the blonde Thal people, who probably represented the thalamus part of the brain responsible for the relaying of sensory signals, including motor signals, to the cerebral cortex, which corresponds to the CPU (central processing unit) in computer science. There consciousness is regulated as the various stages between sleep and awareness, so the Greek thalamus means `bedroom chamber` and the blonde Thals of Skaro correspond to the thalamus, because the Kaleds, who`d been engaged in an exchange of nuclear weapons with the Thals, had had to build machines inside which they lived to continue to wage war against the Thals: `The only interest we have in the Thals is their total extermination!`1 The Thals correspond to the thalamus deep inside the brain, where sleep is forced upon the exhausted individual, during what the developmental psychologist Carl Gustav Jung (1875-1961) called dreams of `the collective archetypes of the unconscious` in which images, symbols and figures, appeared to restore the mind. 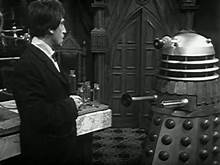 Although the Daleks inside their machines appear simply antagonistic for the sake of an adventure yarn, the lid of the dome that hides the mutated remains of the radiation disfigured Kaleds correlates with the effects of the thalidomide drug on new births sold by the Distillers Biochemicals (DCBL) company based at its factory in Speke, Liverpool, from April 14, 1958. When neural damage and malformation occurred in new births, the company was sued for compensation by the parents on behalf of the newborn who sometimes had only vestigial arms and legs discernible. The writers of Doctor Who extrapolated the effects of nuclear radiation upon the Thals and the Daleks from that of thalidomide. The blonde Thals wanted the bedroom chamber, that is, the thalamus, for themselves, and the Kaleds were destroyed with nuclear weapons until they were forced to hide their self-hated forms from the Thals inside the lid hinged domes of their Dalek machines where they planned to revenge themselves by launching biological weapons. 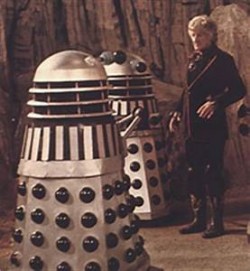 The Daleks were also experts in biological warfare, and used (or attempted to use) biological weapons in `The Dalek Invasion of Earth` (10), and in `Planet of the Daleks` (68), and `Death to the Daleks` (73), when actor Jon Pertwee (1970-74) was the third in the role of `the doctor`. Because of the `incurable killer disease`, HIV/AIDS, discovered by DR Congo in 1983, the Daleks` use of biological weapons was relevant to the century. Transmitted by homosexuals` mixing blood, shit and semen in each others` anuses in mockery of human sexual reproduction, the HIV/AIDS virus was a mutation of the simian immune deficiency virus (SIV) presumably contracted by the homosexuals from their activities with African monkeys. 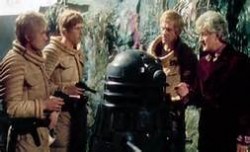 In humans the HIV virus developed into the acquired immune deficiency syndrome (AIDS) in which the organs of the body collapsed before the brain died.  As the Thals represented the thalamus, so the Daleks represented its killer, that is, the role of Distillers (DCBL) in the thalidomide scandal was extrapolated into the emergence of the HIV/AIDS virus as an opportunity for the pharmaceutical companies to experiment on humans as if they were animals; with a view to observing how the body died in reaction to a virus that killed but slowly, so that research on rejuvenative medical science could be pursued. 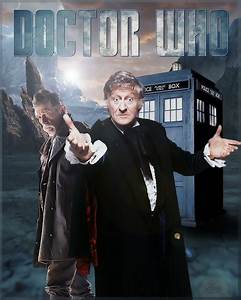 The television machine invented by John Logie Baird in 1926 for the transmission and reception of moving pictures had been preceded by a prototype millennia before. Contrary to commonly held belief about human biology, futanarian women with their own penis` semen could sexually reproduce with each other. However, in ancient Greece, which was typical of Empire, host womb slavery of women was institutionalized for homosexuality in pederasty for war. Consequently, manufacturing men and women as a single male brained transvestite `TV` creature wearing each others` clothes for war`s viral entertainment was what TV television transmissions encouraging the sexual reproduction of the homosexuals` picture of pederasty was for. Consequently, Doctor Who and all of the other TV productions were responsible for the transmission of the AIDS virus, because the TV pictures were produced by homosexuals` transmitting pederasty for war, while HIV/AIDS was the `biological weapon` keeping women in fearful faithfulness to their ring slavery.

It wasn`t long after the invention of the television machine in 1926 that Will Hays, the President of the Motion Picture Producers and Distributors of America (MPPDA), established the `Hays code` (1930) preventing women`s penis from being seen in cinemas, which effectively sustained homosexuality in pederasty for war against the human race: `... women, in love scenes, at all times have `at least one foot on the floor` (in other words, no love scenes in bed).`2 Although religion doesn`t seem important in science, it`s the tradition in Judaism that a Jew can`t be born unless from a Jewess, that is, women are Jews; or, in other words, Jews are futanarian. In Christianity, which is based on the teaching of the Jew, Jesus, his mother, the Virgin Mary, is depicted crushing the head of the serpent with her foot, because futanarian women`s brainpower is stronger than the homosexuals`. 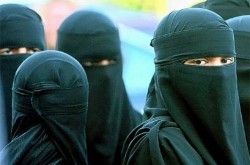 In Moslem, Islam, four wives are permitted to afford the possibility of sexual reproduction between women. Consequently, the `Hays code` contributed significantly to the major event of the 20th century, which was that the National Socialist (Nazi) Party of Germany elected in 1933 to pogrom upwards of 20, 000, 000 Jews in `death camps` because it was the Jews` futanarian tradition that `woman`s seed` was the `foot` of God preparing to step from the Earth to the moon on the human species` way to colonization of the planets among the stars of heaven above. Subsequent wars between the Christian Serb militia, for example, and the Moslems in Bosnia (1992-5) when `rape camps` were established to male brain a generation, reflected upon the United States of America`s `Hays code` for its mass media entertainment Empire emanating globally as a propaganda tool of homosexuality from the Hollywood district of the city of Los Angeles, west coast of California state. 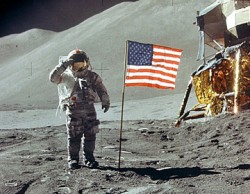 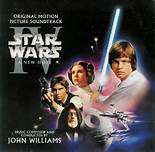 When Al Qaeda, `the base`, operating under the auspices of the notoriously misogynist Taliban regime of Afghanistan hijacked civil airliners on September 11, 2001, to crash into the World Trade Center in New York city, U.S.A., it was `rough trade`, that is, that `brutality and violence`4 perpetuated by homosexuality in pederasty for war against `woman`s seed`, because it resulted in the invasion of Moslem Afghanistan where the women of Islam conceal their sexual differences beneath the one piece black coverall of their burka. As a homosexual disease rising from the anus at the base of the spine to kill the brain, AIDS corresponded to Al Qaeda, `the base`, infecting the western hemisphere, which had prepared itself by banning knowledge of women`s mode of sexual reproduction with each other since at least the `Hays code` of 1930, and the subsequent Nazi pogroms against the Jews. As Saddam Hussein said: `… the US on the level of its rulers has taken it as a final verdict that it is the enemy of Arabs and Moslems. In so doing, they have stored the final verdict in their minds. On this basis, they built their preparation in advance. On this basis too, they prepared (the mind) of the computer, which was programed on this assumption, which has taken the form of a conclusive verdict.`5 In short, the US planned to kill `woman`s seed`, so that its people could leave the `remnant` of the people of the Earth behind as animals: `The dragon was wroth with the woman and went to wage war on the remnant of her seed.` (Rev: 12. 17) 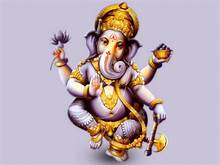 In Hinduism, Ganesh is the elephant, which was attacked during 9/11`s events, because the WTC was on Manhattan island, and the heart chakra of the Hindu system denoting the rise of consciousness from `the base` of the spine, Muladhara, which is the seat of Ganesh,  to the crown of the head, Sahasrara, during individual development, is called Anahata. Al Qaeda, `the base`, was perpetrating a `heart attack` when it crashed planes into the Twin Towers to set in motion the US` M1 tanks with their long guns resembling a charge of stampeding elephants. Because futanarian `woman`s seed` have penis of their own, the M1` tanks were a perverted abomination: `Mystery, Babylon the great, mother of harlots and of the abominations of the Earth.` (Rev: 17. 5) Called `Babylon` after the capital city of the Persian Empire of Darius, who invaded Greece in 492 B.C., Hollywood was an `abomination` because it repressed the penis of the human futanarian species of `woman`s seed` in favor of the long guns of the US` war elephants . In Hindu terms, human consciousness was reduced to the level of Ganesh, Muladhara, `the base` of the spine, by Al Qaeda, `the base`, after an infectious homosexual assault on the WTC Anahata chakra, Manhattan, which precipitated a war elephants` stampede. 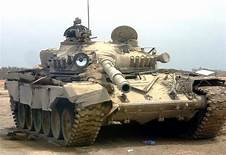 Hinduism`s god, Vishnu, is depicted as having the capacity to be all of the women, which is comprehensible if all women are found to be capable of fertilizing their own species of women through ``woman`s seed`. However, if the aim of the animal experimenters is to infect the human species with AIDS to kill the T-cells that fight disease on the part of the immune system, excruciating pain would result for those infected. During the Medieval period of history, Christians tortured Jews and Moslems to accept Christianity, that is, excruciating pain resulted, which suggests that AIDS is a modern torture. As the AIDS` victim dies, the chakra at `the base` of the spine, Muladhara, becomes more active, that is, Al Qaeda, `the base`, produced elephants, which is why Iraq`s tanks were Russian T-72s seen at the fall of the capital city of Baghdad in March, 2003, when the US` army invaded to depose Iraq`s dictator, Saddam Hussein, for publicly supporting Al Qaeda, `the base`, and who was executed on December 30, 2006, after a lengthy `show` trial. Corresponding to the T-cells of the AIDS` victim, the T-72s and tanks per se signified the extinction of consciousness to a level at which the Muladhara chakra`s elephant, Ganesh, had become Baghdad`s teapot producing T-72s for the US` AIDS` virus to kill. For many in the US, Saddam Hussein was an insane `teapot`, because he produced pain for the evil to enjoy. However, the ease with which the Baghdad teapot`s T-72s were killed by the US` tanks suggests that the Americans` plan was to kill `woman`s seed` in the Middle East, as she`d been male brained in Eastern Europe, before she could make a trunk call for help.

4 Merriam-Webster `male homosexuals who are or affect to be rugged and potentially violent; also: such a homosexual`, https://www.merriam-webster.com/dictionary/rough%20trade .