Given that Adolf Hitler, the leader of the German National Socialist (Nazi) Party, democratically elected in 1933, believed in the übermensch, after the model of the Aryan superman of the Veda scriptures, which were written in the Sanskrit language of the subcontinent of India, it’s useful to know what the Hindu religion is. After becoming Chancellor of Germany, Hitler began a world war, appealing to the disaffected amongst Germany’s defeated after their First World War (1914-18) to enslave. During the Second World War (1939-45) Hitler’s Nazis constructed ’concentration camps’ inside which millions of minorities were subject to poison gas and burned in ovens. The victims were mainly Jews, and science fiction writer, Philip K. Dick, extrapolating a Germany that won in his novel, The Man In The High Castle (1962), conceived of an African continent where the skulls of the people were used as bowls to eat their brains. When Vlad, ’the pot’, Putin’s Russian Federation on February 24th, 2022, invaded the new cranium region, that is, the Ukraine in Eastern Europe, with his missile launching heavy flamethrower system, TOS 1 and 2, it was a criticism of Hitler’s burning of people’s brains, which should have been properly cooked before they were consumed. Russia’s ‘Final Solution’ was to give the Ukrainians a few decades of freedom to cook some new craniums before they were devoured along with the inventive products of their minds.

In the Upasana Veda the worship of the Hindus is described as sacrifice, which later became more intellectual in the sense that the Hindus meditated on the meaning of the sacrifice in the same way that Christians thought upon the meaning of Jesus’ sacrifice. When the Hindus are meditating on sacrifice they’re in Vedas, that is, invaders are human sacrificers coerced (cursed) by Aryan supermen. A theory of Judaism is that, ’... the blood sacrifice of Jesus was a more effective way to remove sins, because it was only needed once, whereas Jewish blood sacrifices needed to be repeated year after year.’1 Hinduism’s supermen feel better after blood sacrifice, which is why they coerce leaders such as Hitler and Putin to be in Vedas, that is, invaders, who in Hitler’s case repeated Jewish sacrifices for several years. 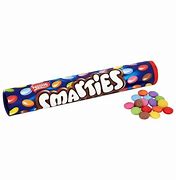 The concept of human sacrifice is endemic in Eastern Europe, where educating students to the level of PhDs (foods) is seen as a means to cook up a pot, for example, in Hungary amongst the Magyar people, who speak magyarul as their native language, the morning greeting is, ’Jó napot.’ As Jonah is pronounced ’yawner’, alongside ’pot’ it means an ’impossible to miss’ shot in snooker, which is a table activity in which the objective is to prevent the other player from pocketing the balls at the end of a cue, resembling a spear, to push the balls down into the holes.

Towards the end of the first quarter of the 21st century people’s ability to use a Galaxy ‘smart’ ‘phone, made by the company Samsung, Seoul, South Korea, for example, was a skill at the doctoral University level of achievement half a century earlier, which was the cue for the devourer of the cooked brains to consume the educated, and send the human species to the back of the queue, where the pedophiles lurked ready to give the infant some smarties in preparation for the company’s headhunters to later visit some schools and find some cooking brains for consumers.

Jonah was the character from the Old Testament of the first part of what Christians call their Bible, that is, the history and law of the Jews, which is their Talmud and Torah, who was thrown overboard by some sailors (Jonah: 1. 15), and swallowed by a whale to palliate God during a storm, that is, Jonah was pushed down into a hole at the front of a queue. Consequently, Jonah is a byword for ’unlucky’, so Jonah pot in Hungarian means ’unlucky pot’, although it’s translated into English as, ’Good morning.’ The reason it’s fateful is because of Hungary’s hít, that is, ’faith’, which is what they practice in their gyülekezete churches, where the congregation is a cassette videoed ape; properly cooked, chewed, and eaten in the same way as Vlad ’the pot’ Putin prepared the faithful Ukrainians as food for which the Russian Red Army received payment.

The pogrom initiated by Adolf Hitler upon the Jewish people and other minorities was brought back starkly into focus during the latter part of the 20th century when ‘ethnic cleansing’ began amongst the nations of the former super state Yugoslavia, held together by communist principles, that is, ‘from each according to his abilities, and to each according to his needs’, after the defeat of Nazism. When communist Russia’s Soviet Union, a victor over Germany, at last withdrew from Eastern Europe, nationalist conflicts resulted in the Bosnian war (1992-95), for example, in which Serb militia set up ‘rape camps’ for Moslem women to birth Christian infants. When similar cleansings occurred elsewhere in the world, for example, in Sudan’s Darfur, West Africa, where the Moslem government began a pogrom against non-Arabs commencing in 2003, it was evident that human sacrifice was endemic, and the brains in the pot were being well cooked.

That Vlad Putin, whose namesake was Vlad ‘the impaler’ of Wallachia, now modern Romania, invaded the Ukraine with missile launched heavy flamethrowers, added to the mythos surrounding the idea of the draco, as Vlad Dracul III, 15th century voivode of Wallachia, was the model for Irish writer Bram Stoker’s Dracula (1895), a vampire ‘blood-drinker’, who can only be killed by a wooden stake through his heart. Dracul impaled his victims upon wooden stakes inserted into their anuses, which produced enough fart gas to burn the corpses. Fire-breathing Vlad, ‘the stake’, Putin was obviously a draco, using the Russian Red Army as his red dragon flame throwing system, designing to cook the brains of the Ukrainians he’d stuffed with the illusion of education, as a means for their civilization, culture, and art to peacefully coexist alongside his Federation’s maw, the TOS 1 and 2 flamethrower system’s first phase was to lay a vapor of flammable ‘fart’ gas, before a second phase ignition sucked the air from the lungs of the victims; as they were incinerated. The point being that homosexuals’ penises are wooden; in the sense that they’re sterile. As they have no stake in the human race, they should be extinguished.

Dracula is depicted as rising from the coffin, which is apposite given the fact that the world has been recovering from a pandemic, the severe acute respiratory syndrome (SARS) emerging at a Wuhan city hospital, China, home of the culture of the dragon, in December 2019, after making its first appearance from a bat cave in Yunnan province, China, 2002. That bats are akin to draco is explicit in Stoker’s Dracula, as the vampire takes the form of a bat, so it’s logical to find that Vlad ‘the stake’ Putin’s TOS 1 heavy flamethrower system mirrors the action of the SARS virus in sucking all of the air from the lungs of its victims as it arises from their coughin’.

That the brain box is the coffin of the human race being cooked by the red dragon is obvious from the New Testament of the Bible, written about the teacher, Jesus ‘Christ’, ‘the chosen’, who was executed by the Empire of Rome during its occupation of Jewish Palestine in the period of the Emperor Tiberius Caesar Augustus (14-37 A.D.) for teaching, ‘Love your neighbor as you love yourself.’ (Mk: 12. 31) Jesus, born of his mother, the Virgin Mary, was woman’s seed, that is, the human futanarian species of women with penis’ semen of their own for the sexual reproduction of their race’s own brains’ powers to escape from the male draco. Taken to the hill of Calvary outside the city of Jerusalem where he was nailed to a cross of wood and died, Jesus experienced Resurrection and Ascension to heaven in prefiguration of that of women’s seed.

John, Jesus’ disciple, in his apocalyptic vision of the future, Revelation, wrote ‘A great sign appeared in heaven: a woman clothed with the sun, with the moon under her feet and a crown of twelve stars on her head.’ (Rev: 12. 1) The woman is the European Union, which flag is comprised of twelve stars. Russia invaded the Ukraine because it sought membership of the European Union, ‘The dragon stood before the woman who was about to give birth so that it might devour her child the moment it was born.’ (Rev: 12. 17) According to medical science, the AIDS virus emerging from the communist African DR Congo in 1983 weakened the human system to the point of its being susceptible to SARS. The human immune deficiency virus (HIV) was discovered to be transmitted amongst homosexuals inserting their penises into each other’s anuses as a mutant variant of the simian immune deficiency virus (SIV) causing acquired immune deficiency syndrome (AIDS), organ collapse, and brain death.

AIDS was the first phase of the new communist Russian Federation’s TOS 1 flamethrower system, where the fictional model was the torturer for pleasure, the Marquis de Sade’s ass, ‘unclean’ in 120 Days of Sodom (c. 1785), and ‘published’ by the Red Army as Vlad Putin’s AIDS/SARS virus. That the SARS virus was accompanied by the symptom of flatulence, and that fart gas is flammable, suggested that the virus was spread virally, that is, fierily, which is how the TOS 1 flamethrower system functions. First the gas then fierily explosive as oxygen is expelled from the collapsing lungs. The virally ‘red dragon’ (Rev: 12. 1) of Revelation with its ‘blood plague’ (Rev: 11. 6) correlated with the communist DR Congo, the communist Chinese dragon, SARS, and the communist Russian Red Army’s deployment of its flamethrower system against a European Union applicant, the Ukraine, that is, TOS 1 and TOS 2 were the results of research by the communists into the feasibility of a biological and conventional weapon combination, which identified communism as read.

For the communists, humans were a coffin box, which was being cremated; in a first phase virally, that is, as AIDS/SARS, and in a second stage fierily, for example, through TOS 1 and 2. That the United States of America’s NBC TV series, Star Trek: The Original Series (1966-69), starring William Shatner as Captain James T. Kirk of the Starship Enterprise, was known as Star Trek: TOS, isn’t accidental either. TOS 1 was followed by TOS 2, and there was a third series. The basic hand-held weapon was the phaser, which had two settings; stun and kill. Communism’s development of the AIDS/SARS virus in combination with the TOS 1 and TOS 2 flamethrower system to use on human development follows the Star Trek model of debilitation followed by cremation, although the crew of the USS Enterprise (NCC-1701) used their phaser weapons to defend themselves against the aliens.

1 Ami, Dror Ben ‘Metaphors in the Torah: The Roles of Blood and the Liver in Removing Sin’, The Jerusalem Post, February 10th, 2015, 18:57 pm, https://www.jpost.com/Blogs/Torah-Commentaries/Metaphors-in-the-Torah-The-Role-of-the-Blood-and-the-Liver-in-Removing-Sin-390469 .